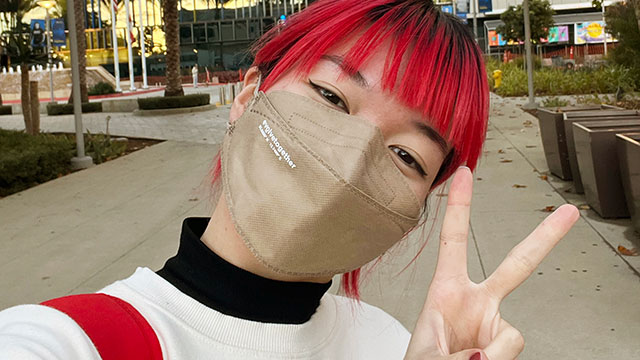 The best thing about being back is the beautiful landscaping and the fresh air on campus.

About the Film Program

Zoom in on a Career in Film & Entertainment

At Santa Monica College, we offer film studies and film production courses designed to equip you with the contextual and technical skills needed for careers in entertainment. Our film program is recognized by Festival de Cannes, the Santa Monica International Film Festival, the Los Angeles Independent Film Festival Awards (LAIFFA), the British Academy of Film and Television Awards (BAFTA), and over 150 other reputable industry organizations and awards.

Our film production program prepares you for a career in filmmaking. Courses are innovative and immersive, providing you with access to state-of-the-art technology as well as consistent support from faculty and industry professionals. At SMC, we teach creative and logistical production, directing, editing, cinematography, audio design, and more.

Our film studies program is the perfect fit if you are interested in learning theoretical and analytical approaches to film. Courses introduce the history and development of cinema as an art as well as a social and cultural phenomenon. You will examine various approaches to filmmaking and study trends including the contemporary evolution from film to digital media.

Many colleges and universities offer baccalaureate degrees in this field. Students planning to transfer to a four-year college or university need to know which courses completed at Santa Monica College will be accepted at the specific college/university. Please consult a Counselor. SMC has transfer articulation agreements with the many UC and CSU campuses, as well as many private and out-of-state institutions.

This program will prepare you for careers in film production. You will learn about all the technical aspects of the field, including directing, editing, cinematography, sound design, and more. All of the production classes infuse theory throughout the curriculum.

In this program, you will approach cinema from several academic, theoretical, and critical approaches. The Film Studies program will empower you to explore the cultural, economic, and political implications of film as an art form. 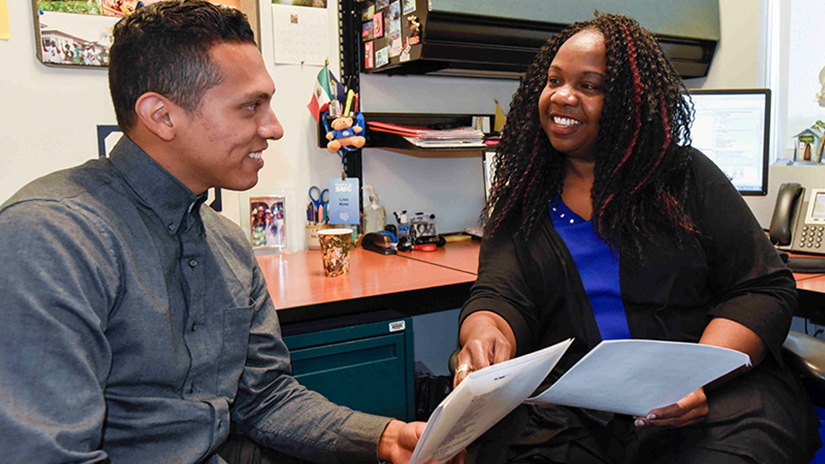 Need help planning for your major?

Our counselors are here to help you plan your academic classes, goals, and needs.

We have a vast array of tools and resources to help you navigate all sorts of production issues, from work permits to on-set safety. You can find links and contact info for relevant government agencies, industry associations, guilds/unions, production directories, entertainment job listings and more. We even have charts for the weather, sunrise/sunset times and the 30-mile studio zone.

‘We are the Writers Guild of America, West (WGAW), a labor union composed of the thousands of writers who write the content for television shows, movies, news programs, documentaries, animation, and Internet and mobile phones (new media) that keep audiences constantly entertained and informed.’

The American Film Institute is America's promise to preserve the heritage of the motion picture, to honor the artists and their work and to educate the next generation of storytellers. As a nonprofit educational arts organization, AFI provides leadership in film and television and is dedicated to initiatives that engage the past, the present and the future of the moving image arts.

‘We help filmmakers make their movies, build an audience for their projects and work to diversify the film industry. With over 250 annual screenings and events, we provide access to a network of like-minded artists who are driving creativity in the film industry.’

NewFilmmakers Los Angeles (NFMLA) is a non-profit 501(c) 3 organization designed to showcase innovative works by emerging filmmakers from around the world, providing the Los Angeles community of entertainment professionals and film goers with a constant surge of monthly screening events. NFMLA provides a forum where filmmakers can be recognized for their contributions, have open audience discussions about their projects and connect with industry professionals for insight on distribution, production, acquisition, and representation.

Established in 1992, The Pan African Film Festival (PAFF) is a non-profit 501(c)(b) corporation dedicated to the promotion of cultural understanding among peoples of African descent. Since 1992, every year PAFF-LA showcases over one hundred fifty (150) quality new films and over one hundred (100) fine artists and unique craft persons from the United States, Africa, the Caribbean, Latin America, South America, Europe, the South Pacific and Canada, all showcasing the diversity and complexity of people of African descent.

Founded by UCLA students in 1982, OUTFEST is the leading organization that promotes LGBT equality by creating, sharing, and protecting LGBT stories on the screen. Over the past three decades, OUTFEST has showcased thousands of films from around the world, educated and mentored hundreds of emerging filmmakers and protected more than 20,000 LGBT films and videos.