Reaching Out to Succeed 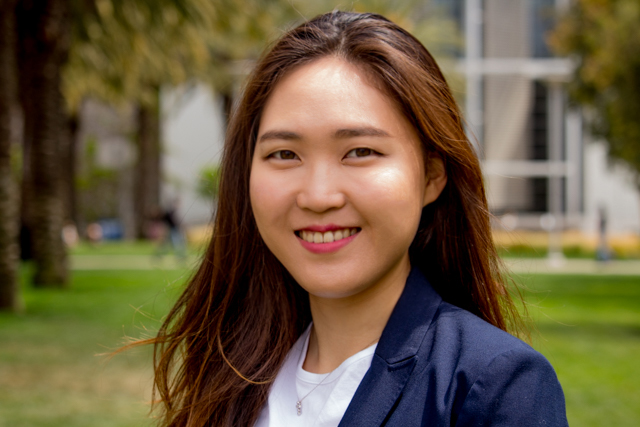 Ashley Ku has looked for a sense of community her entire life. When she came to the United States from South Korea in 2010, she spoke no English, so she looked to classmates and locals to help her learn the language. "Experiencing a whole different culture has been one of the biggest factors that helped me grow as a person," said Ashley.

After graduating from high school, she enrolled in Santa Monica College, the first in her financially challenged family to attend college. Initially, Ashley found the process overwhelming, but credits her success as a student to the guidance and support she received from the community of SMC faculty and counselors.

Ashley also found several other communities at SMC. "Everything I've done has been the result of me reaching out," said Ashley. "And if you start reaching out, you'll be surprised at the amount of help and support that comes along the way." She joined the Scholars Program focused on academic success, worked in the SMC Outreach Office, and took part in an undergraduate research program at UCLA.

"A sense of community has been the major part that helped me be where I am today," said Ashley, "so no matter what kind of job or career I have, it would be my goal to give back to the community."

Ashley, who plans on a career working with local organizations, graduated with an Associate in Arts for Transfer in Political Science, and now attends UCLA.