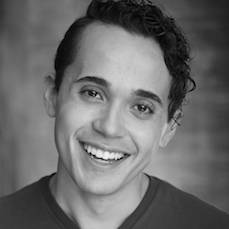 Joshua Elizondo was elected as the Santa Monica College Student Trustee/representative for the 2020-21 school year and has been a student at SMC since 2017. In his studies at the college, Josh has obtained degrees in both “Public Policy” and a “Liberal Arts: Social & Behavioral Sciences”; with his main field of studies of World Diplomacy & Affairs.

As a first-generation college student of color, who also grew up in the foster care system, Josh has experienced many challenges to receiving an education. These challenges, however, give a unique aspect towards being a voice for the student population in which he has advocated for through Guided Pathways efforts on campus as well as working with the California Community College Chancellor’s office on equity reform. Josh hopes to use his experiences to make a difference in the SMC community for current and future students alike.

In his professional life, Joshua sits on the board for “California Youth Connection” a statewide organization that empowers young people to make a difference in their communities through legislative reform. Josh has also been in the process of founding his own non-profit organization called “The Foster Bunch” composed of a group of up and coming entertainers - with experiences in the welfare system - banding together, speaking out, for social change through the entertainment platform.

Additionally, Josh has built a career as an actor/music artist that has been in several national commercials as well as being featured on tv and film. Most recently, he was an Intern during the 2019 Television Academy summer program and was a trophy presenter for the 71st Primetime Emmy Awards. In his free time he enjoys: hanging out with friends, cuddling with his cat, trying new foods and exploring new places.

Josh hopes that with his education and degrees, he can bridge the field of entertainment with the world of humanitarian advocacy; and that these things together, he can make a difference through the platform of media by being a public figure. Josh’s promise, is to live life powerfully and pioneer a space for communities to unify through their humanity.