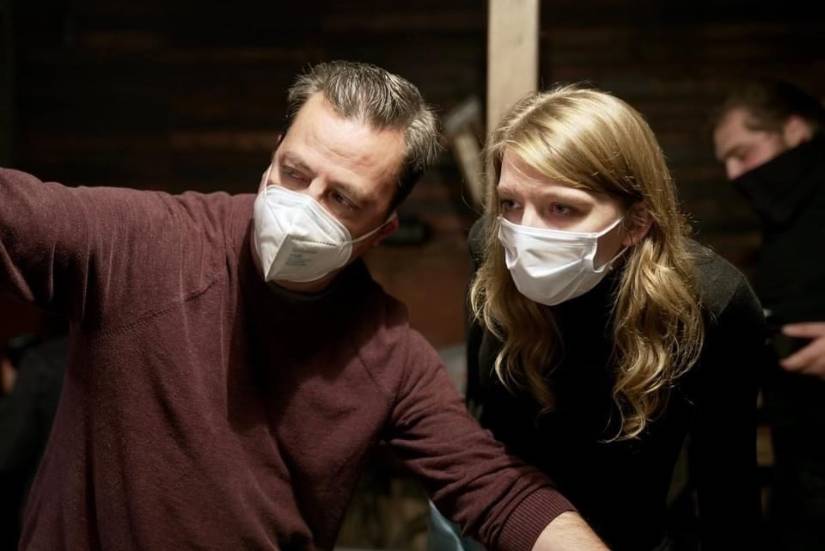 Santa Monica College Named to MovieMaker Magazine’s List of 40 Best Film Schools of 2022 & Among Top 12 in the U.S. West and Northwest

SANTA MONICA, CA—Santa Monica College (SMC) has been named one of MovieMaker’s 40 Best Film Schools in the U.S. and Canada of 2022, and one of the top 12 in the U.S. West and Northwest alongside Stanford University, UCLA, USC, ArtCenter College of Design, and California Institute of the Arts, among others. The annual list recognizes schools that prepare students for every aspect of moviemaking—spanning world-renowned universities as well as rising, surprisingly affordable institutions. SMC was recognized for “outstanding film production training.”

"Santa Monica College is a fantastic bet for someone who wants to live in the heart of the film industry without going into debt for years,” said Tim Molloy, MovieMaker editor in chief. “If you believe the film and TV industry should be open to people who aren't the children of millionaires — and we certainly do — we need more institutions with the affordability and drive of SMC. In addition to its professionalism and openness to all, it happens to be a beautiful campus in a gorgeous part of the world."

Since its launch in fall 2010, Santa Monica College’s award-winning film program has made 30 short films linked to the capstone class, Film 33.

“All of these films have won awards at domestic and international film festivals,” said Salvador Carrasco, the college’s film production faculty lead. “This stems not from any sort of black magic, but from the staunch belief in our SMC academic model: We make one film (sometimes two) per semester, and there is a collective sense of belonging about the films in question. In addition, all our instructors are active professionals in the film industry, and we are present on set at all times, supervising and actively teaching our students. This allows us to help them achieve what they set out to do, and they can also take creative risks because we are there to make sure they won’t fail.”

Carrasco stated that with regards to the SMC film production program’s education policy, “we cater to both above-the-line and below-the-line careers in film production,” adding, “We're incredibly proud and grateful to be featured in MovieMaker's 2022 ‘Best Film Schools’ list.”

“The film production program is a terrific example of Santa Monica College’s mission at work: the most accessible, equitable education provided to diverse students, helping them fulfill their highest potential,” said SMC Superintendent/President Dr. Kathryn E. Jeffery. “This is made possible by the guidance and tutelage of world-class instructors, representing the best in their fields. We are so proud of this latest accomplishment!”

The complete list of MovieMaker’s 40 Best Film Schools in the U.S. and Canada of 2022 follows:

MovieMaker is dedicated to the art and craft of making movies. Its list of the 40 Best Film Schools in the U.S. and Canada in 2022 appears in their new issue, with Emily the Criminal star Aubrey Plaza on the cover. For more information about the magazine contact publisher Deirdre McCarrick: deirdre@moviemaker.com or editor-in-chief Tim Molloy via tim.molloy@moviemaker.com.

Santa Monica College is a California Community College accredited by the Accrediting Commission for Community and Junior Colleges (ACCJC) of the Western Association of Schools and Colleges (WASC). For 31 consecutive years, SMC has been California’s leading transfer college to UCLA, UC Berkeley, and other University of California campuses. The college also tops in transfers to the University of Southern California and Loyola Marymount University and is the top feeder west of the Mississippi to the Ivy League Columbia University. In addition to the Film Production Program, more than 110 career training degrees and certificates at SMC—in fields ranging from the traditional (Accounting, Early Childhood Education, Nursing) to the emerging (Sustainable Technologies, Technical Theatre, and a baccalaureate degree in Interaction Design)—offer professional preparation for students interested in directly entering the job market, transferring to a four-year school, or upgrading specific skills. SMC provides news and cultural enrichment through its NPR radio station KCRW (89.9 FM), the Broad Stage at the SMC Performing Arts Center, and lifelong learning through distinctive programs such as its Emeritus Program for older adults.