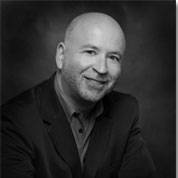 Dr. Andrew Walzer, a resident of Santa Monica for nine years, was elected to the Board of Trustees in November 2006. He served as vice chair for 2010 and served as chair for 2011.

Dr. Walzer is a tenured assistant professor of Humanities at Los Angeles City College, where he has taught since 2004. Before that he was an adjunct instructor at SMC, Cal Poly Pomona and Cal State Dominguez Hills.