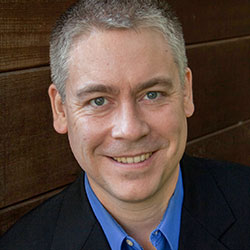 Brian Driscoll, born and raised in Ohio, received a Bachelor of Fine Arts degree in music composition from California Institute of the Arts, and Master of Music and Doctor of Musical Arts degrees in organ performance from UCLA. Dr. Driscoll first taught at Santa Monica College in 2008 and then joined the faculty full-time in Fall 2014. In addition to teaching, he enjoys an eclectic musical life as a pianist, organist, choral conductor, accompanist, concert series presenter, arranger, and composer. Prior to his full-time appointment at SMC, he was the director of music at an Episcopal church where he led five choirs and managed a popular concert series. Dr. Driscoll serves as a Past President and board member of Elemental Music, on the advisory board for Red Door Vineyard (for which he was a founder), and formerly on the board of the Association of Anglican Musicians.