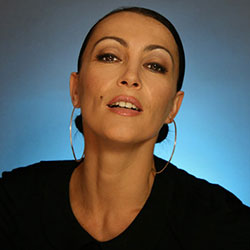 Originally from Paris, Cati has studied classical ballet since the age of 8. She studied extensively with renowned teachers and choreographers of the Cuban Ballet, the famous Rosella Hightower fro Cannes, the Marais School in Paris and the Opera de Paris. Modern and contemporary dance were introduced to her as she went on to study Jose Limon and Martha Graham techniques in Paris. Before moving to Los Angeles, Cati worked in television for 5 years in Paris while performing in the famous cabaret shows Aleazar de Paris and Le Paradis Latin. She is the creator and choreographer of the highly acclaimed stage performance, L'effeur de Sens, a French variety cabaret. Cati Jean has been a guest choreographer and judge for Bravo's dance reality show "Step It Up and Dance" . She has also choreographed for MGM Grand's new television campaign and judged for CBS's "Big Shot Live."