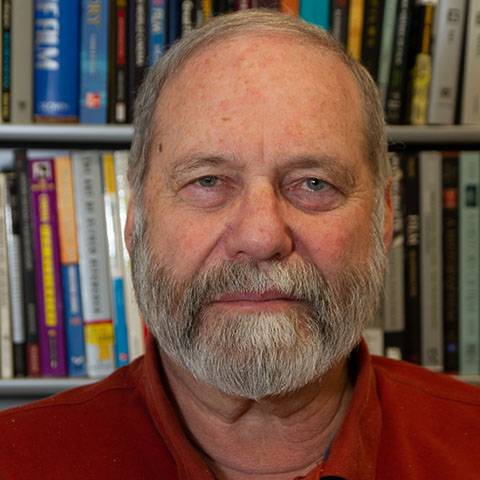 Josh Kanin was born in Los Angeles and earned B.A., M.A. and Ph.D. degrees at the University of Southern California’s School of Cinema & Television. He began his college teaching career in 1973, and for the past 47 years, he has taught undergraduate and graduate courses in film history (American and international), film theory & aesthetics, film genres, cultural film studies, screenwriting, and film production. Prof. Kanin has been on the faculties of the Film Departments of Wright State University (Dayton, Ohio); University of California, Los Angeles; University of Southern California; California State Universities at Long Beach, Fullerton and Northridge; Los Angeles City College; Los Angeles Valley College; California Institute of the Arts; and Art Center College of Design, among others. Prof. Kanin has taught full-time at SMC since 1998, and has been the Faculty Advisor of SMC’s Student Filmmakers Association (Film Club). His family (parents Fay and Michael Kanin, and uncle & aunt Garson Kanin and Ruth Gordon) was eminent in the Hollywood film industry and Broadway theater worlds since the 1930s. They won Academy, Tony and Emmy Awards for their work as screenwriters, playwrights, directors, and actors. Outside of SMC, Prof. Kanin is currently developing a limited television series, which he will produce, and is completing a book on the cinema and culture of the 1960s, set for publication in 2021.

Other Courses Taught At SMC