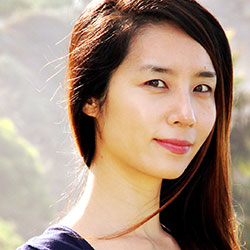 Jae Lee began her dance training in South Korea where she earned a B.S. degree in ballet from the Han Yang University. In Korea, she was a member of the Lee Ballet Company and danced professionally from 2001 to 2002. In 2003, Lee attended the State University of New York, College at Brockport and earned an M.A. degree in dance. From SUNY Brockport, she studied under Bill Evans, Juanita Suarez and Suzanna Newman. Lee also holds an M.F.A. degree in dance with an emphasis in choreography from the University of California, Irvine. Through her training and education in Southern California, she has had the opportunity to work and study with well-known choreographers, dance researchers and filmmakers, such as Donald McKayle, Lisa Naugle, Jennifer Fisher and John Crawford.

In 2007, Lee presented one of her major works, Searching for My Voice (2007) at the Orange County Performing Arts Center as part of the Fall for Dance Concert. She has been actively participating the American College Dance Association (ACDA) and her choreographies have been selected to be performed in 'best of festival' Gala Concerts. In 2014, Lee’s contemporary ballet, Interwoven (2013) was one of the 11 dances selected for the Culminating Gala Concert in the ACDA. Recently, Lee was honored as recipient of the Luis Nazar Chair of Excellence in the Performing Arts and will use the award to implement a guest artist series; exposing our students to international leaders in the field of dance. Lee is a full time faculty at Santa Monica College teaching ballet, contemporary modern dance, choreography, and dance history, while co-directing Synapse Dance Theatre as an artistic director.