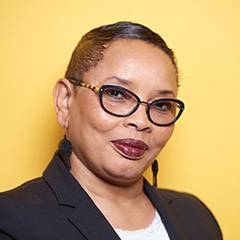 Professor Monteiro earned her Ph.D. in Political Science with distinction from Northern Arizona University, a Master in Applied Anthropology and a B.A. with honors in Applied Anthropology and Spanish from the University of Rhode Island. Professor Monteiro is a Fulbright senior scholar in Mozambique from 2005-2007. She is a recipient of the Calouste Gulbenkian Foundation grant and the Rockefeller Foundation Africa internship award program. She writes and researches about women and politics, the politics of HIV/AIDS in Southern Africa, and the political economy of gender in Southern Africa. Professor Monteiro taught at Santa Monica from 2002-2005 and returned in 2013 as an Adjunct Instructor. Professor Monteiro teaches Global Studies 10, International Politics, Comparative Politics, and Women in Politics. Before teaching at Santa Monica, Professor Monteiro taught Political Science at Cal State San Marcos, Cal State Northridge, and El Camino College. Professor Monteiro teaches political science, African-American Studies, and Women/Gender studies full-time at East Los Angeles College.

Professor Monteiro believes that teaching/learning is a partnership between the teacher/students. Education is a tool for self-awareness, whereby students reflect upon their world critically. Professor Monteiro is committed to Paulo Freire's understanding of education, power, and learning: "Students are more than empty vessels to be filled with meaningless information." Her goal is to empower students from all walks of life and facilitate their learning. She is convinced that students can learn better if they take charge of their learning.