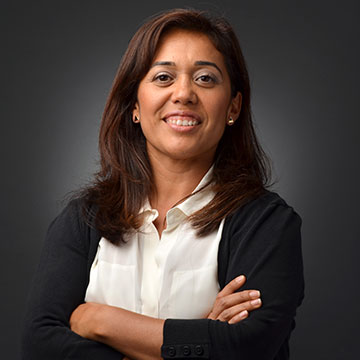 Dr. Maria Muñoz teaches media studies and chairs the Department of Communication and Media Studies. She earned a Ph.D. and M.A. degree in Media Studies from UCLA’s Film, Television and Digital Media department and B.A. in Chicana/o Studies and American Literature from USC. Her areas of research include television, media advocacy, media literacy, and Spanish-language media. She has two young boys who have taught her more than she could ever want to know about Pokemon, Legos, Spiderman, and sharks.