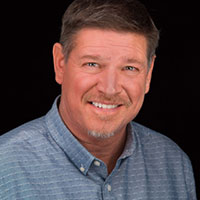 A native of Santa Monica and a graduate of SMC’s photo program, Anthony Nex’s first job was shooting a young fashion designer named Gianni Versace. From there he has gone on to shoot campaigns for Nissan, Target, MGM, Sony, Paramount, Epson, Dole, Carnation, Disney, Microsoft, and scores of others. A huge believer in giving back to the community, he is a past board member of ASMP/LA and is a former chapter chairman of APA/LA. In 2013 he was presented with the International Photographic Council’s Leadership award at the United Nations in New York City. He continues to shoot for ad agencies, design firms, and corporations out of his studio in the Helms Bakery Complex, and in 2017 returned to SMC to teach the portfolio and business photography classes.