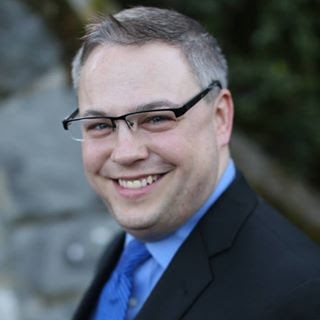 Dr. Jeremiah Selvey conducts the SMC Concert Chorale and the SMC Chamber Choir. He also co-directs and sings professionally with Chorosynthesis Singers, a 12-voice, professional, project-based chamber ensemble in Seattle, Washington. Dr. Selvey has performed throughout North America, New Zealand, Australia, and Europe in world-class venues, such as the Sydney Opera House, Symphony Hall in Chicago, The Vatican, Benaroya Hall and McCaw Hall in Seattle, and Peachtree United Methodist in Atlanta. Additionally, Dr. Selvey regularly guest conducts and teaches voice master classes and choir clinics at all levels. He was recently interviewed for feature articles in both The Choral Journal and The Voice for his entrepreneurship in and vision for professional choral music. He has also published in The Choral Scholar and the Bulletin of the Council for Research in Music Education.

Dr. Selvey was nationally recognized for his conducting and named The Winner of The American Prize in Conducting 2017, Professional Choir Division. He conducts music from all musical periods and specializes in modern choral music, especially championing the music of established and emerging living composers. Dr. Selvey is active in curating and performing music that is socially conscious with content that is relevant to today’s environment and socio-cultural climate. Since January of 2016, he has performed at least 16 choral premieres, some of which will be released in the double-CD Empowering Silenced Voices. Dr. Selvey is a co-artistic director, baritone, and post-production producer on this 2-CD album, which is scheduled for release in Spring 2018.

Dr. Selvey has performed solo oratorio and opera roles as baritone and countertenor, as well as a professional singer in choirs, including Chorosynthesis Singers. Roles have included solos from several Renaissance masses, Bach cantatas and motets, Bach’s Magnificat (both bass and alto solos), Handel’s Messiah (both bass and alto solos), several Schubert masses, Brahms’s Ein deutsches Requiem, Faure’s Requiem, Mendelssohn’s Elijah, and Messiaen’s Cinq Rechants. He premiered one of the primary roles in Timothy Brady’s Edalat Square in Atlanta, Georgia, as well as James Blachly’s We Have Not Long to Love in Seattle, Washington. In 2007, he performed in England with the Tallis Scholars. Dr. Selvey is a beloved vocal coach and private instructor for more than 15 years, including voice positions at Blackburn College, Southern Illinois University Carbondale, Thames Valley Music School, and Santa Monica College.

Dr. Selvey’s music education research includes the bimodal perception of seeing and hearing in musical performances, particularly as seen in choral performance. This research has been presented in Thailand, Greece, Spain, and throughout North America, including at the national conference of the American Choral Directors Association in Minneapolis, Minnesota. Dr. Selvey also researches how movement contributes to the visual aspect of performance in conducting, which he has presented at the National Association for Music Education national conference in Nashville, Tennessee and at the International Gay and Lesbian Association of Choruses Festival 2016 in Denver, Colorado. In addition, he finds himself experimenting through his work with Chorosynthesis, a national nonprofit arts organization he co-founded, with how to make choral music more relevant to everyone without limiting the breadth and depth of the art of choral composition itself. Finally, Dr. Selvey recently presented a paper at The Northeast Chapter of the College Music Society Conference in Plattsburgh, New York, on entrepreneurship in the profession of singing and how \the changing industry might indicate a need for reform in college vocal curricula.

Dr. Selvey enjoys hiking and going to the beach nearly every week, and he travels as much as he can afford.