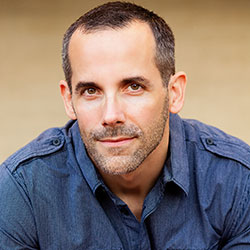 On national television, Mark has been seen in the principal role of Big Boss Man in Dennis Nahat’s Blue Suede Shoes (PBS), as a featured performer on Christopher Reeve: A Celebration of Hope (ABC), and as a dancer on The Drew Carey Show (ABC). Theatrical credits include the Great Lakes Theater Festival and Cleveland Opera.