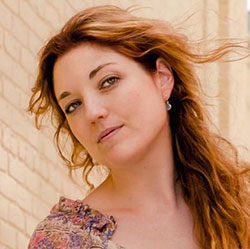 Van Wormer has taught at Nazareth College, and comes to SMC Dance to teach ballet & modern fall semester 2016 directly from SUNY Brockport where she was Visiting Assistant Professor of Dance. While at Brockport, Van Wormer implemented and served as Artistic Director of Chamber Ballet Brockport, a multidisciplinary performance ensemble.

Originally from Spokane WA, Van Wormer received her MFA in Dance Choreography and Performance from The College at Brockport, State University of New York, and completed graduate work at Roehampton University in the UK. She earned her BA in Theatre and Minor in Dance from Belhaven University. Van Wormer is an ABT® certified Teacher, who has successfully completed the ABT® Teaching Training Intensive in Pre- Primary through Level 5 of the ABT® National Training Curriculum.