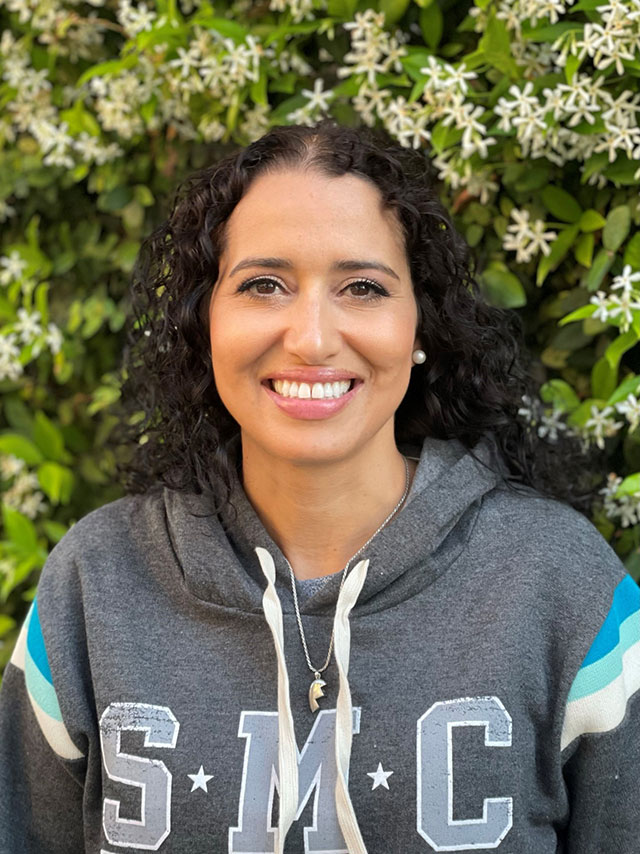 Khadija Backrien is perseverance in the flesh. After attending six community colleges, the Washington native is earning an AS degree in business marketing.

Heartbreak has dogged Khadija. After a childhood in Libya, she returned to America at age 7 — the oldest of a single mom’s five children, a hairdresser living in poverty in Spokane. In high school, Khadija got mixed up in heavy drinking and party drugs. She survived multiple rapes and abusive relationships, resulting in four unplanned pregnancies. Her oldest daughter is now 22; her youngest, 5. She gave up an infant for adoption in 2003. In 2020, her 14-year-old son William died of a gunshot wound in an unsolved crime.

Khadija persisted, with periodic lapses into substance abuse followed by rehab, as well as mental wellness struggles. It was a sober living program that brought her to California in 2016. A pharmacy tech certificate she had previously earned at a Seattle community college sowed the seeds for Khadija’s ambition: to be a sales rep with a major pharmaceutical brand. To earn her Bachelor’s degree, she is transferring to Cal State Dominguez Hills.

At SMC, Khadija has been a peer navigator, and active in Black Collegians. She juggled jobs at a CVS pharmacy and at Snug Harbor. Passionate about Kundalini yoga, she recently earned a teaching certificate.

“God has lessened my burden,” she says, “I’m close to my goal.” She dreams of owning a small business and launching a gun-violence education nonprofit to honor her late son.