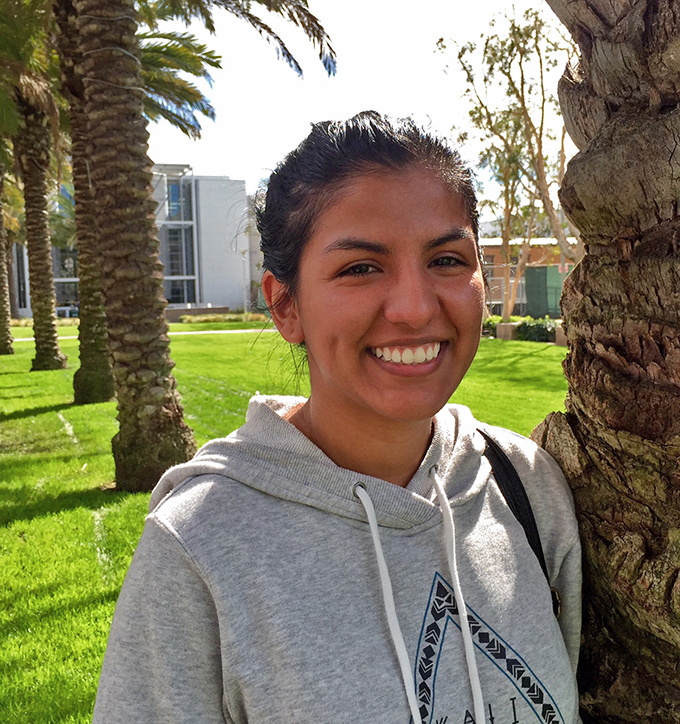 Genesis Garcia’s story is the ultimate testament to the strength of the human spirit. During a precarious year-long journey from Guatemala to the United States to join her mother who had immigrated earlier, she ended up in an orphanage in Mexico.

She had lost her father in a car accident in Guatemala when she was a toddler and her mother also died in a car accident in Los Angeles when Garcia was 13, leaving her in the care of an uncle who was not able to support her financially. In middle and high school, she did not speak any English but poured herself into her studies, an escape, in her own words.

“I ended up graduating high school with a 4.0 GPA,” Garcia recalls. “Even though there was no one to celebrate with me, I liked it – I was doing it for me.” An AB 540 student, she thought that was the end of the road for her, but two days after she graduated from high school, President Obama announced the Dream Act.

She looked for colleges she could attend and found SMC. During her first semester, a counselor asked her to write down where she would like to transfer, and she wrote “UC Berkeley” as a joke. The counselor told her that her dream could become a reality. Garcia had a 3.9 GPA and when the time came, she finally had the courage to apply.

“Growing up without parents, I always found support in teachers,” says Garcia. “I got here because of them.” At SMC, she found professors and counselors who would push her out of her comfort zone, individuals who empowered and inspired her. Garcia was a part of the Adelante program and found that her mind “just exploded with information.”

“SMC has been the perfect place for me,” says Garcia. “Any time I needed that little bit of extra help, someone was there.”

When that acceptance email came from UC Berkeley, Garcia admits she “freaked out.”

Garcia is graduating from SMC with an associate degree in general science and will be majoring in sociology at UC Berkeley. She plans on becoming an immigration lawyer. Garcia credits her success to the many inspiring teachers, professors and counselors who supported her along the way and filled the void of her parents, and her Christian faith which gave her a strong belief that adversity and difficult circumstances would not overcome her.