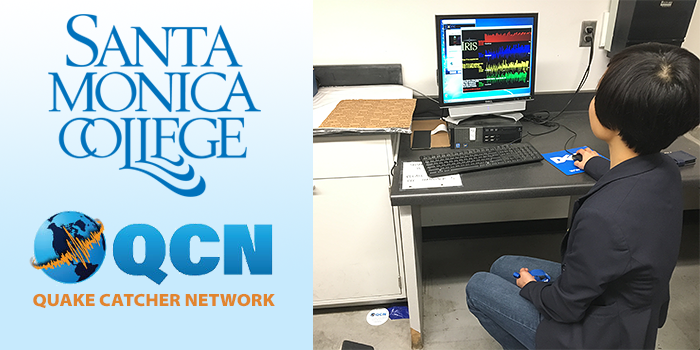 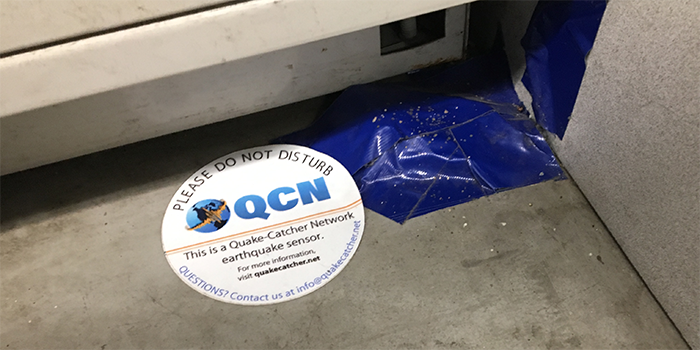 SMC is Part of the Quake-Catcher Network

The Earth Science Department at Santa Monica College participates in the Quake-Catcher Network (QCN) which is a collaborative initiative for developing the world’s largest, low-cost strong-motion seismic network by utilizing sensors in and attached to internet-connected computers. QCN is part of a larger California and global network of earthquake sensors. Our department's sensor, known as an MEMS accelerometer, is mounted on the floor in Drescher Hall 134 and is connected to a computer that monitors and digitally transmits “triggers” to QCN’s servers whenever strong new motions are observed. QCN’s servers sift through these signals, and determine which ones represent earthquakes, and which ones represent cultural noise (like doors slamming, or trucks driving by).

These sensors have several advantages over mobile device sensors.

Seismic data collected by the Quake-Catcher Network is available shortly after detections are made and can be used for informational and educational purposes. So next time you hear about the strength and epicenter of a local earthquake from the Southern California Earthquake Center, know that Santa Monica College played a part in getting that information to you.