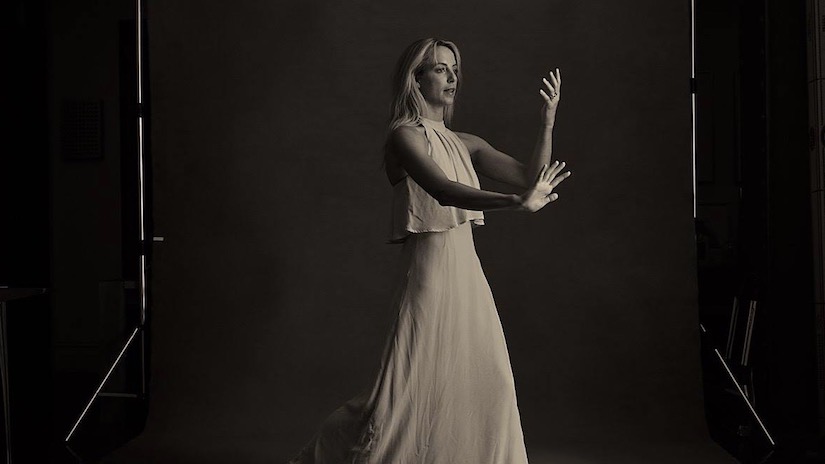 This Dance Film Course is a virtual, introductory course for dance/movement and film artists interested in making dance for the screen. Participants will learn the theory and practice of making screen dance in addition to a brief history of the genre. It is designed to support participants in how they approach, capture and situate their work.

Participants will view notable screen dances, explore creating movement specific for the frame and how to create meaningful dance through the use of film techniques (shooting, editing, storyboarding), location and creating for the camera/improvisation and more. There are no equipment requirements.

*Open to all students currently enrolled in an SMC dance course. Contact Vanessa Van Wormer at vanwormer_vanessa@smc.edu for questions

Kelly Hargraves is a dance film creator and curator from Canada who currently lives in Los Angeles. In September 2018 she was named the Executive and Artistic Director of Dance Camera West, after co-founding the Los Angeles festival of dance film in 2001. Kelly has a Masters in Dance Film from NYU (with a concentration in Dance and Film History), an Honours BFA in Contemporary Dance from Concordia University and an Honours BA in Communication Studies (with a Minor in Theater History) from the University of Windsor.

Hargraves has been a board member of the Silver Lake Film Festival and the Downtown Los Angeles Film Festival. Through her work with the country’s indie film distributors such as First Run Features, Film Movement, Icarus Film, Kelly has represented a diversity of artists, such as Michael Apted, Lizzie Borden, Cheryl Dunye, Barbara Kopple, Ross McElwee, Monika Truet, Robert Rosenberg and Wayne Wang, amongst many more. She has been a dance reviewer for Eye Spy LA, Dance Insider, Ballet–TanzInternational, Dance on Camera News, Danceonline.com, Campus Circle Magazine, Cover Magazine, and Dance Connection Magazine.

Amber Patee Adams is a filmmaker who specialized in editing film for dance and performing arts. She is the Festival Producer and Content Editor for Dance Camera West. She worked for the Dance Films Association and the Dance on Camera Film Festival at Lincoln Film Society in New York City from 2011-2018. She has been an invited Artist Resident at Dance-A-Lorus for three years combining live dance

and film performances. Recently, her dance film "Stature" won a 2020 NY Movie Award and her comedic short "Sh*t Queen" is an official selection for the Hollywood Gold Awards. She has produced and edited film content for Roundabout Theatre Company, NBC, Iman Cosmetics, MTV and several nonprofit organizations. She produced feature films, "Finding Home, A Film for National Adoption Day," "8 Slices," "Vigilante," and "A Little Water," all on Amazon Prime.

Amber is a graduate of the University of the North Carolina School of the Arts and received her BFA in Ballet and Communication Arts from Marymount Manhattan College. Amber studied with American Ballet Theater, the NY Conservatory for the Dramatic Arts School of Film and Television, Joffrey Ballet School, Steps on Broadway and many other schools around the world. She danced for numerous New York City-based choreographers. She currently teaches Ballet at UCLA and edits and directs dance media such as music videos, documentaries, and promotional material. She has a continuous curiosity in how we communicate a sense of truth through striking moving images be it in dance, film, or both.

Join the SMC Dance Department and The Broad Stage for an immersive week of workshops exploring dance for the camera. This week focuses on creating choreography for the camera, providing an overview of the history and practice of dance film, and introduction to cutting edge dance filmmakers and festivals.