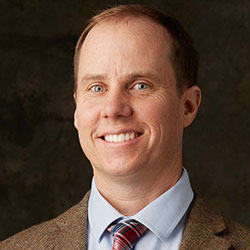 Southern Californian native Jimmy Cheesman is a musician and educator specializing in seven-string guitar. He earned his Master of Music from the University of Southern California, and a Bachelor of Music from California State University of Long Beach. He began at Santa Monica College in 2007 and became full-time faculty in the fall of 2017. Prior to his full-time appointment to SMC, Professor Cheesman taught at Los Angeles City College, Los Angeles Trade Tech College, and Hope International University.