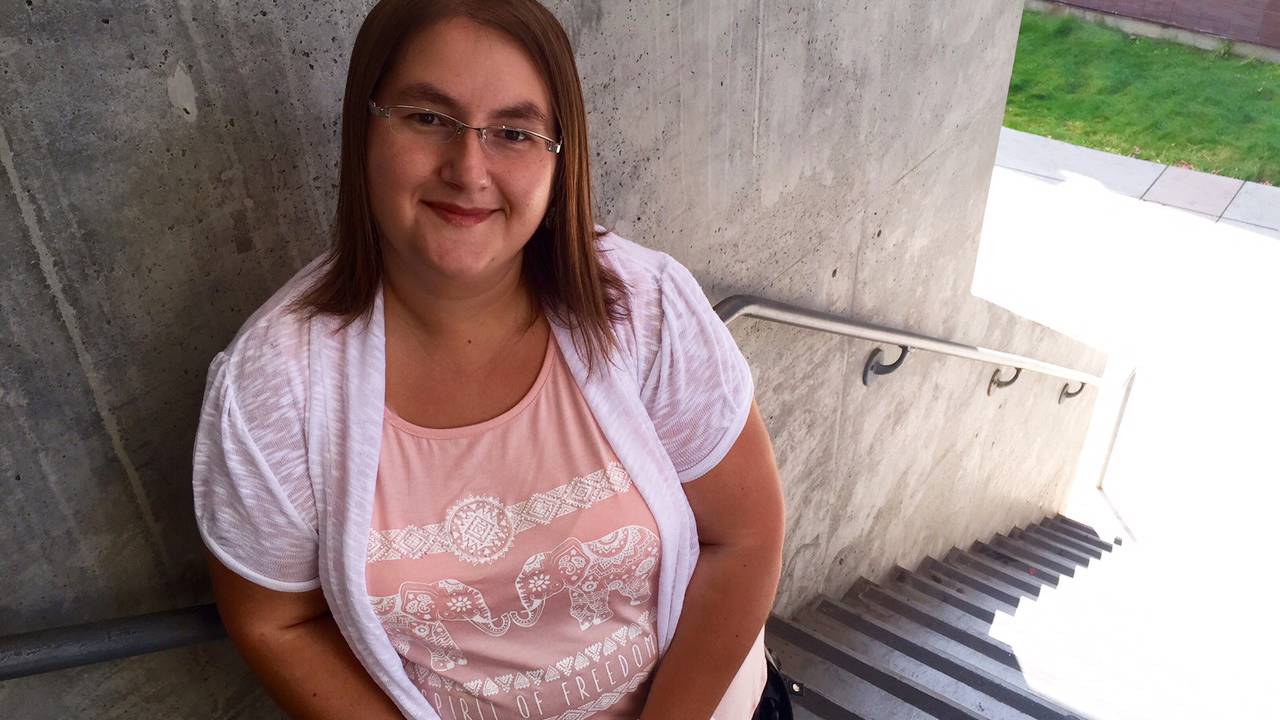 DREAM IT, THEN GIVE IT A TRY

Santa Monica College put Angela Smith on the path to her dream. But it took her a while to find her way to SMC.

“I always wished I could go to Stanford University, but didn’t see how that would be possible,” said Smith, who grew up in Missouri. “My dad died a month after I graduated from high school…I stayed home to help my mom raise my younger brother and sister.”

For a while, Smith had a “really great job” as a cave guide. Then, she was hired at a yacht club and worked her way up to being its administrator. That led her into the world of politics.

“I started volunteering for a national presidential campaign,” said Smith, who ended up as the campaign’s statewide volunteer coordinator for Missouri. She then headed to New Hampshire as a campaign intern and, in less than three weeks, was promoted to National Director of Logistics.

When the campaign ended, Smith moved to San Diego to work on various political issues, then relocated to Los Angeles to work for international environmental organization Greenpeace as a financial and volunteer coordinator, an on-the-ground fundraiser, and a coordinator of the organization’s renowned “direct actions.”

Then she hit a ceiling: To continue rising in the organization, she would need to leave Los Angeles. A good friend took her aside. “He told me, ‘This is the time for you to go back to school, get your college degree, and then come back out and make change happen.’ And he was right!” said Smith.

Funds for school kept her Stanford dream distant, so like thousands of others, “I looked at my options at community colleges in the area,” she said. “I chose SMC because of its great transfer reputation, and I loved the campus.”

A lot happened once Smith reached SMC in 2013, including joining the Scholars Program, spearheading on-campus activities and actions, and working on political campaigns. She also volunteered as a research assistant in the Anxiety Disorders Research Center at UCLA.

Smith was awarded the SMC Faculty Association’s 2014 Jim Prickett Scholarship and traveled to Sacramento for the Faculty Association of California Community Colleges (FACCC) Advocacy Conference. “I have Lantz Simpson to thank for that,” she said of her SMC English instructor. “It’s the first scholarship I ever received! And it gave me the chance to get to know some of the Faculty Association members, including Tom Peters and Mitra Moassessi, who have been so kind and generous to me.”

Throughout it all, Smith maintained a GPA of 4.0 as a psychology major. She applied for transfer to UCLA and UC Berkeley, and – encouraged by teachers, friends, and former bosses – Stanford. “I doubted I’d be accepted,” she said.

During a break from a seminar, Smith opened an email from Stanford. “I was just stunned!” she said. “Not only did Stanford accept me – and I still can’t believe it happened – but they also gave me a scholarship for tuition, room and board, and other expenses.”

Stanford expects Smith to contribute $5,000 to her education. “I have until the end of the summer to come up with the money,” she said, “so I’m looking for tutoring and other short-term jobs, and I’ve started a crowdfunding site (gofundme.com/stovertostanford). I am so close to making my dream become real, and I’m not going to let it slip away from me.”

Smith plans to earn degrees in political science and psychology, then focus on a Doctorate in Clinical Psychology. “Some things are being made into political issues that really aren’t, and we have to find a way to craft a message to take those out of politics and put them back into a human framework,” said Smith. “I’m hoping that my studies will help lead to social programs and advances that will benefit the nation as a whole.”

To those considering a return to education at SMC, Smith says, “Just go ahead and apply. And when you get there, make a beeline to the Scholarship Office, don’t hesitate or be afraid to talk to your professors or ask for help, and definitely get involved in some of the activities on campus. You won’t regret it!”

Smith is not the first student SMC has sent to Stanford – as far back as 1993, Nigerian pre-med student Alvan Ikoku transferred from SMC to Stanford as a Rhodes Scholar – but she is still a rarity as a student transferring into the prestigious university from a community college.Santa Monica College is a two-year community college accredited by the Western Association of Schools and Colleges (WASC) and the leader among California's 112 community colleges in transfers to the University of California.