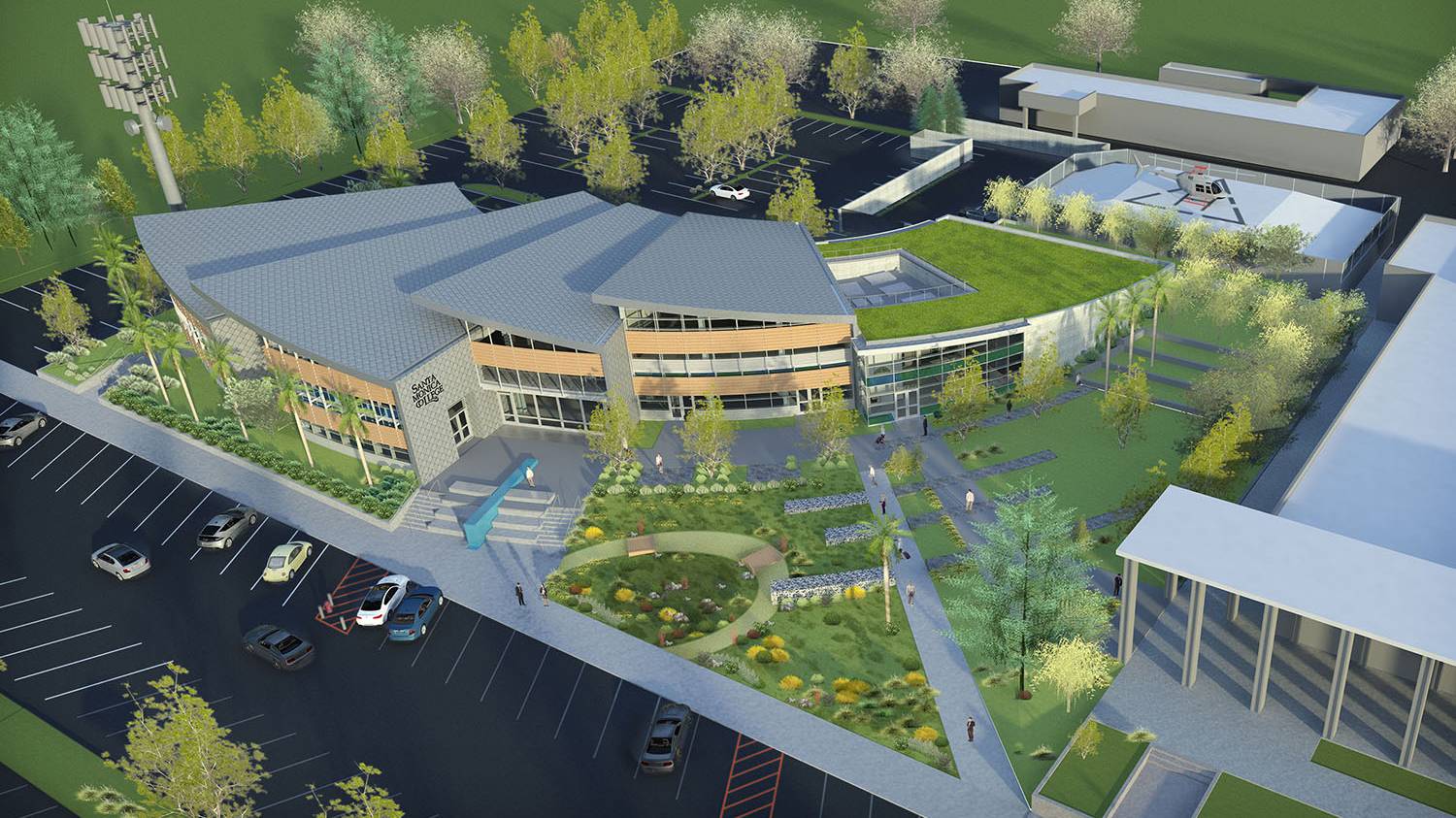 The Santa Monica College Board of Trustees will hold a special meeting at 6:30 p.m. on Wednesday, January 13, 2016, in the Council Chambers of Malibu City Hall located at 23825 Stuart Ranch Road in Malibu, California.

During the meeting – which is open to the public – a hearing will be conducted to receive input on the proposed SMC Malibu campus and Los Angeles County Sheriff’s substation project located at 23555 Civic Center Drive in Malibu, and the environmental studies related to its construction and operation. The Board will vote on three resolutions, one to certify the Final Environmental Impact Report, another to take actions needed to approve the project, and a third regarding the ground lease agreement with the County of Los Angeles.

SMC began the process of preparing the environmental study in May 2012 with a notice sent to all Malibu households to solicit public comments and conduct a public scoping meeting. A Draft EIR was published in July 2015, circulated for a 60-day period, and made available to the public for review with a courtesy notice sent to all Malibu households. Comments from interested parties and individuals to the Draft EIR and responses to comments have been incorporated into the Final EIR.

The proposed SMC Malibu campus project is located within the larger LA County-owned and operated Civic Center complex. On its completion, the campus will include five classrooms and labs; a community room that will double as an Emergency Operations Center for local emergencies; a computer lab; and offices. Construction will be funded by Measure S, the $135 million bond approved by the voters of Santa Monica and Malibu in 2004 to fund facilities projects.

The campus – which is slated to open in 2017 – is expected to provide college-level classes, older adult Emeritus College classes, and other college programming not otherwise available in the City of Malibu. The project incorporates a police substation within the building for use by the LA County Sheriff’s Department, and also includes an interpretive center to support Malibu’s Legacy Park and several other improvements within the site.

To view the full agenda and the environmental documents, visit www2.smc.edu/planning. For more information on the meeting, contact Lisa Rose at Rose_Lisa@smc.edu or 310-434-4402.