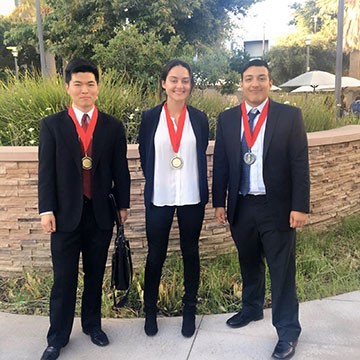 “The Cool-Off marks the end to our season of speech and debate and we’re glad we ended with such strong results,” said Luis Andrade, SMC Communication professor. “This year has been the strongest year for SMC speech and debate. The coaches are incredibly happy with the students’ hard work and motivation. We look forward to another successful season next year.”

The SMC Speech and Debate Team is coached by Communication professors Luis Andrade, Brianna Broady, and Nate Brown. For more information on the SMC Debate Team, contact Luis Andrade at andrade_luis@smc.edu or 310-434-4771.