All events in the series are free and open to the public and are held on the main SMC campus, 1900 Pico Blvd., Santa Monica. Unless otherwise noted, the series is sponsored by the SMC Associates – a private organization that funds speakers and special programs on the Santa Monica College campus – the SMC English Department, and SMC Global Citizenship. Seating is on a first-arrival basis.

Tuesday, February 26: Dana Johnson: "In the Not Quite Dark and Other Stories: A Reading by Dana Johnson” at 11:15 a.m. in Stromberg Hall (Humanities & Social Sciences Lecture Hall 165). Author Dana Johnson reads selections from her short story collection In the Not Quite Dark. An English professor and director of the Ph.D. in Creative Writing and Literature Program at the University of Southern California, Johnson authored Break Any Woman Down, which won the Flannery O’Connor Award for Short Fiction. Her work has appeared in several anthologies and numerous publications, including Zyzzyva and The Paris Review.

Tuesday, March 19: Adam Winkler: "We the Corporations: Adam Winkler Explains How American Businesses Won Their Civil Rights" at 11:15 a.m. in Art 214. UCLA Law Professor Adam Winkler, a specialist in American constitutional law and the Supreme Court, is the author of We the Corporations: How American Businesses Won Their Civil Rights (2018) and Gunfight: The Battle over the Right to Bear Arms in America (2011). His scholarship has been cited in landmark Supreme Court cases on the First and Second Amendments, and he has appeared on Face the Nation, All Things Considered, and other significant news shows as a commentator about legal issues. He also served as co-editor of the Encyclopedia of the American Constitution (2nd Edition).

Wednesday, March 27: Nina Revoyr: "A Student of History: A Reading by a Southland Author" at 6:30 p.m. in Humanities & Social Sciences Lecture Hall 104. Award-winning novelist and children’s advocate Nina Revoyr reads excerpts from her recent novel, A Student of History, which explores the early and present-day dynamics of race and class in Los Angeles through the eyes of a young man navigating a world where he does not belong. Revoyr grew up in Tokyo, Wisconsin, and Los Angeles, and was recently executive vice president and chief operating officer of a nonprofit organization serving children affected by violence and poverty. She is also an editor, along with poet X.J. Kennedy and poet and former National Endowment for the Arts Chair Dana Gioia, of the college textbook Literature for Life: A Thematic Introduction to Reading and Writing.

Tuesday, April 23: Maja Matarić: "Creating Robots that Care" at 11:15 a.m. in Science 140. Maja Matarić is an award-winning robotics designer whose research focuses on developing robot-assisted therapies for children with autism spectrum disorders, stroke and traumatic brain injury survivors, and individuals with Alzheimer's and other forms of dementia. She is a professor and the Chan Soon-Shiong chair in the USC Computer Science Department and Department of Pediatrics, founding director of the Robotics and Autonomous Systems Center, and codirector of the USC Robotics Research Lab. Matarić has published extensively, is the author of the introductory robotics textbook The Robotics Primer (2007), and is an associate editor of three major journals. Additional sponsors: SMC STEM Program, SMC Life Sciences Department, and SMC Global Citizenship.

Thursday, May 9: David Kipen: "Dear Los Angeles: A Portrait in Diaries and Letters: A Reading by David Kipen" at 11:15 a.m. in Art 214. Native Angeleno David Kipen will read from his fascinating recent book, Dear Los Angeles: The City in Diaries and Letters, 1542 to 2018 (2018). A former literature director of the National Endowment for the Arts, book editor/critic at the San Francisco Chronicle, and contributor to multiple volumes of California cultural history, Kipen is also the founder of the nonprofit Boyle Heights lending library Libros Schmibros and teaches full-time in the UCLA writing program. A familiar voice on public radio, he also serves as a Los Angeles magazine book critic and Los Angeles Times critic-at-large. 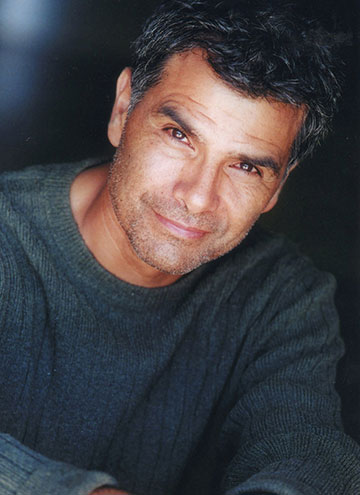