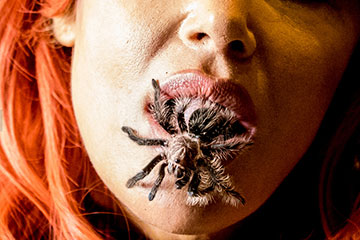 The Press Photographers’ Association of Greater Los Angeles (PPAGLA) also announced its 2018 Student Photojournalist of the Year and runner-up on Saturday, March 30. Both of them are Corsair staffers: Zane Meyer-Thornton was PPAGLA 2018 Student Photojournalist of the Year; Matthew Martin was the runner-up. See PPAGLA Photo Contest Winners for more.

Additionally, The Corsair is nominated as a finalist in several categories for The California News Publishers Association (CNPA) California Journalism Awards.

"The student journalists at The Corsair work tirelessly to cover the SMC community and beyond. To be recognized by three different journalism organizations within the same week is a testament to the students’ hard work and ever-growing talents,” said Ashanti Blaize-Hopkins, SMC journalism professor and faculty co-advisor for The Corsair newspaper.

There were two award ceremonies held at the JACC state convention, recognizing the best of student journalism from California community colleges. At the first, held Friday, March 29, eight awards were announced for The Corsair:

The JACC also announced several scholarship awards. Corsair multimedia editor, Blake Atwell was awarded a $100 Continuing Scholarship. Founded in 1955, JACC is a nonprofit which bridges the gap between students, educators, and publications; JACC also holds contests that are a benchmark for community college journalism excellence, offers scholarships and professional development for educators, among other things. Visit the Journalism Association of Community Colleges website to learn more.

The California News Publishers Association (CNPA) also recently announced its finalists for the first-ever California Journalism Awards to be announced Saturday, May 4 at The Westin Long Beach; The Corsair is a finalist in the categories below:

To learn more about these awards and the CNPA—which has protected the interests of California newspapers for 131 years—visit The CA News Publisher's Association Journalism Awards website.