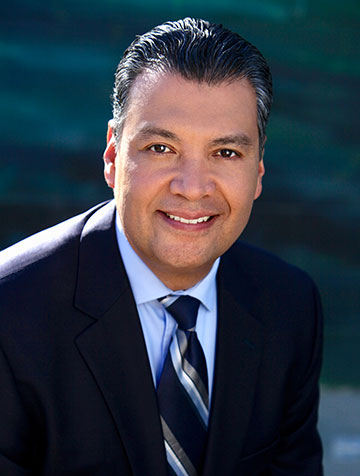 California Secretary of State Alex Padilla will be the 2019 commencement speaker at Santa Monica College (SMC). SMC’s 89th commencement ceremony will be held Tuesday, June 11 at 6 p.m. at Corsair Field on the college’s main campus.

May 28, 2019 SANTA MONICA, CA—California Secretary of State Alex Padilla  will be the 2019 commencement speaker at  Santa Monica College (SMC). SMC’s 89th commencement ceremony will be held Tuesday, June 11 at 6 p.m. at Corsair Field on the college’s main campus, 1900 Pico Blvd. Santa Monica. This is the largest graduating class in Santa Monica College’s history 9,110 degrees and certificates will be awarded to 5,905 students; this includes 24 Bachelor of Science in Interaction Design degrees which will be awarded to 24 students, the second class in SMC’s history to graduate with a baccalaureate degree. More than 750 of the graduates are expected to take part in the festivities. Two of the youngest graduates are 17 and the oldest is 84.

For the tenth year in a row, the ceremony will also be webcast live and available on the college’s website so that families and friends worldwide who are not able to attend graduation will be able to watch the ceremony and see the graduates receive their diplomas. “It is a tremendous privilege to have the Honorable Alex Padilla as our commencement speaker at Santa Monica College this year,” said Dr. Kathryn E. Jeffery, SMC’s Superintendent/President. “With an inspiring personal life story, a record of striving for innovation and change, and a dedication to enhancing the pathway to higher education and expanding opportunities for community college students, Secretary Padilla’s presence and message will have a special resonance for our graduates, who come from many diverse backgrounds.”

A proud son of immigrants—his father worked as a short-order cook for 40 years while his mother cleaned houses—Secretary Padilla went on from Los Angeles public schools to the Massachusetts Institute of Technology (MIT) where he earned a degree in mechanical engineering. At the age of 26, in 1999, he was elected to the Los Angeles City Council to represent the community where he grew up.

In 2001, his colleagues elected him to the first of three terms as council president, the youngest member and first Latino to serve in this capacity.

In 2006, Secretary Padilla was elected to the first of two terms to the California State Senate. As a State Senator, he authored legislation to improve the community college transfer process—creating Associate Degrees for Transfer that would be accepted for full credit by the California State University system. Over the course of eight years, he successfully authored legislation on telecommunications, broadband deployment, energy and energy efficiency, grid modernization, education, job creation, environmental protection, food safety, seismic safety, and a number of other issues.

Then in 2014, he was elected as California Secretary of State, the first Latino to be elected to this constitutional office. In this role, he has committed to modernizing the office, increasing voter registration and participation, and protecting voting rights.

Last year, the California Motor Voter program was launched to automatically register eligible Californians to vote when they obtain or renew their state ID or driver’s license. California Motor Voter registered 1 million new voters in its first year alone. Secretary Padilla also secured the passage of the Voter’s Choice Act—landmark legislation allowing California counties to modernize elections by providing more options for when, where, and how voters can cast their ballots.

In 2018, Secretary Padilla oversaw the state’s historic general election where 64.5 percent of registered voters cast a ballot. This represented the highest turnout for a gubernatorial election since 1982. In March 2019, California reached a record 20 million registered voters.

Secretary Padilla also serves as a board member of the Discovery Cube Los Angeles, is a past president of the National Association of Latino Elected and Appointed Officials (NALEO), and a former member of the MIT Corporation (Board of Trustees). He and his wife Angela, a mental health advocate, live in the San Fernando Valley with their three sons.

Graduates and SMC friends are encouraged to visit and “like” the SMC Alumni Facebook fan page, as well as upload their graduation photos. They can also tag their pictures to Flickr or Twitter with #proudtobesmc to have them published so they can be viewed through the SMC’s website and social media channels.

After the ceremonies, SMC Associated Students and the Office of Campus and Alumni Relations will host a reception on the quad, with free hors d’oeuvres, beverages, and photo booths. A compilation video will be available on the alumni website about a week after graduation. Go to this webpage for more information on SMC’s 89th commencement ceremony.