“Out of Touch” World Premiere Feb. 1

Along with “Out of Touch”, Award-winning Shorts “Once upon a Woman” and “Hinge” will also be screened

SANTA MONICA, CA—The Santa Monica College (SMC) Film Program will hold the world premiere of “Out of Touch”, a short film co-produced with the Hollywood Foreign Press Association and Keslow Camera at 6 p.m. on Saturday, Feb. 1. The premiere will take place at the SMC Center for Media and Design, in the state-of-the-art main theater (CMD Room 180), 1660 Stewart Street in Santa Monica.

Written and directed by SMC alum Bobby Murphy with students from the college’s Film 33: Making the Short Film class serving in various capacities as crew, “Out of Touch” is set in a near-future dystopian Los Angeles. Refugees and immigrants live under the shadow of an authoritarian regime, and a conservative politician must put her prejudices aside and take action, lest she lose her daughter forever.

The HFPA helps finance the making of one narrative Film 33 project each semester with a grant of $15,000, while Keslow Camera supports the program with pro bono camera and lens packages. SMC films have also received support from Enhanced Media, Roundabout West, and Cinemadamare in Italy, among others.

During the Feb. 1 world premiere, the SMC Film Program will also showcase and screen these two recent award-winning productions:

Those interested in attending the Feb. 1 world premiere are requested to RSVP: Carrasco_Salvador@smc.edu. Parking in the Center for Media & Design’s structure is free on the weekends, although rideshare and public transportation is always a good idea and highly recommended.

SMC’s Film Production program offers an Associate in Science degree and Certificate of Achievement in Film Production. In the six years since the SMC Film Production was launched, 19 thesis films out of the Film 33 class have garnered more than 147 nominations and 74 wins at regional, national, and international festivals. To learn more, visit the program’s website smc.edu/FilmProduction. The film program—as well as the films that come out of it—is on YouTube as the “Santa Monica College Film Program” channel. 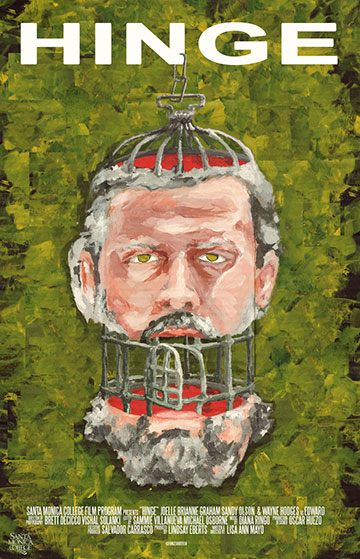