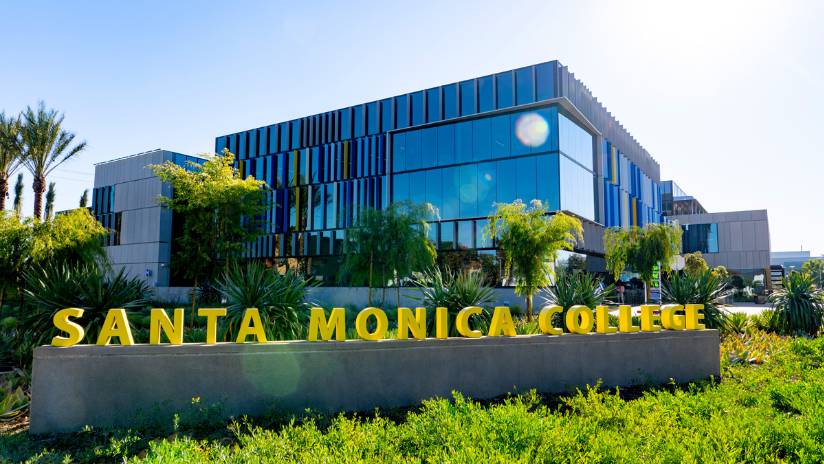 SANTA MONICA, CALIFORNIA—This past December 2020, the Santa Monica Community College District successfully refinanced a portion of its general obligation bonds, saving the community more than $26.8 million in interest costs that will be passed on to district property owners through lower tax bills.

The District availed itself of the favorable interest rate environment and issued new bonds at a rate of 2.4% to refinance previously issued bonds, which carried interest rates between 4% and 5%. There was no prepayment penalty or extension of the repayment period on the bonds.

“At Santa Monica College, we felt that it was imperative to take advantage of the low interest rates so that our community might benefit,” said SMC Superintendent/President Dr. Kathryn E. Jeffery. “We are pleased with the outcome, and remain tremendously grateful to those who have supported the college and its mission of providing the highest-quality, most accessible education possible to our communities.”

Rob Rader, current SMC Board Chair, stated that “the Board takes its fiduciary obligation as the College’s fiscal steward very seriously.  When interest rates move favorably, the Board has consistently taken advantage to create savings for Santa Monica and Malibu ratepayers. Much thanks are due for the hard work of President Kathryn Jeffery’s team, Vice President Chris Bonvenuto, John Greenlee and their outside underwriters, resulting in strong fiscal management and the favorable bond rating we’ve achieved at the College.”

Proceeds of the original bonds have been used to fund such major projects as the new Student Services Center on the Main Campus; the upgrading and expansion of the Center for Media and Design campus; and the acquisition and retrofit of the Bundy Campus in support of SMC’s nursing, health occupations, and early childhood education programs. Additional safety and modernization improvements have been completed thanks to these voter-approved bond election authorizations in 2002 and 2008.

“The SMC fiscal team is a highly fiscally responsible group of individuals,” said Christopher Bonvenuto, SMC’s Vice President of Business and Administration, “and they have delivered on the institutional priority of saving our taxpayers and community supporters vital dollars.”

The refinancing bond sale was well received by investors, with more orders for bonds than the amount available to sell. The strong demand was driven primarily by the District’s high-quality credit ratings of “AA+” (S&P Global Ratings) and “Aa2” (Moody’s), which reflect the District’s prudent fiscal management and the robust local economy.

The District’s action to refinance the bonds was unanimously approved by the Board of Trustees in November 2020. In all, the sale of the District’s new 2020 General Obligation Refunding Bonds, 2002 Election and 2008 Election, resulted in an aggregate principal amount of $201,495,000.  The District’s 2020 Refunding Bonds were sold via negotiated sale, with RBC, Piper Sandler & Co. and Ramirez as underwriters.

Founded in 1929, Santa Monica College is a California Community College accredited by the Accrediting Commission for Community and Junior Colleges (ACCJC) of the Western Association of Schools and Colleges (WASC). For 30 consecutive years, SMC has been California’s leader in transfers to UCLA, UC Berkeley, and other University of California campuses. The college also tops in transfers to the University of Southern California and Loyola Marymount University. SMC offers 175 degree and certificate options that offer professional preparation for students interested in directly entering the job market, transferring to a four-year school, or upgrading specific skills. SMC provides news and cultural enrichment through its NPR radio station KCRW (89.9 FM) and The Broad Stage at the SMC Performing Arts Center as well as lifelong learning through distinctive programs such as its Emeritus Program for older adults.