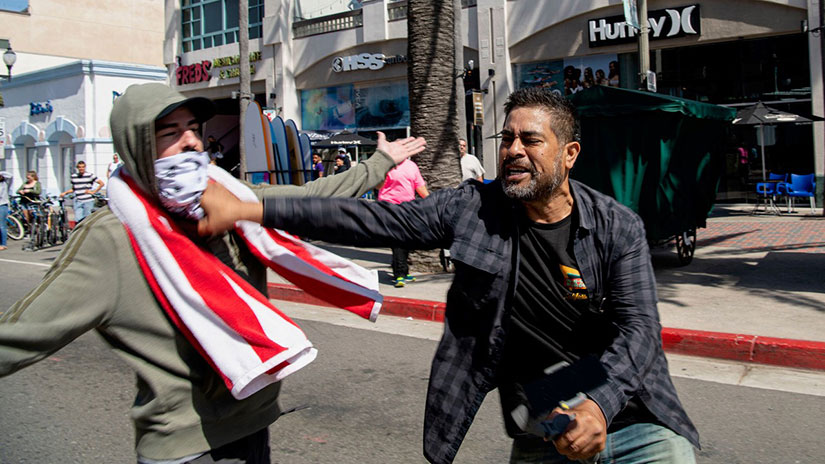 On October 14, 2021, the ACP named 18 student newspapers from across the nation as “the best of the best.” The ACP’s Pacemaker award—considered the collegiate student-media equivalent to the Pulitzer Prize—is the association’s preeminent award. The Corsair won a second place Newspaper Pacemaker 2021 award for two-year college newspapers, and also won third place in the design/visual print or digital category for Covid-19 coverage.

The Corsair’s excellence was also recognized by the following 2021 Pinnacle Awards, announced on Friday, Oct. 15 by the College Media Association, “the voice of collegiate media and its advisers” which has more than 700 members nationwide.

“The student journalists at The Corsair saw the pandemic and the shift to an online environment as a challenge they readily accepted,” said Ashanti Blaize-Hopkins, SMC journalism professor and Corsair adviser. “Their hard work, dedication and commitment to keeping the Santa Monica College community informed was unwavering. The ACP Pacemaker award is well deserved—as are all these other awards—and we couldn’t be prouder of our student journalists and the SMC journalism program. We are building the future of the industry and it looks pretty bright from here!”

Gerard Burkhart, who teaches photojournalism and is the Corsair’s photo adviser, added: “Every semester the student staff of the Corsair never fail to amaze me! I keep thinking it can’t get any better than this, then they outperform themselves. It is particularly gratifying to watch the staff create a high standard of professionalism serving the SMC community. All within the context of exceedingly difficult times to succeed as a student and a journalist.”

The Corsair publishes news of interest to the SMC campus and community, with print editions available on campus every Wednesday during the fall and spring semesters, and electronic editions available 24 hours a day at thecorsaironline.com. All content for The Corsair is selected and produced by SMC students, with guidance from Burkhart and Blaize-Hopkins.