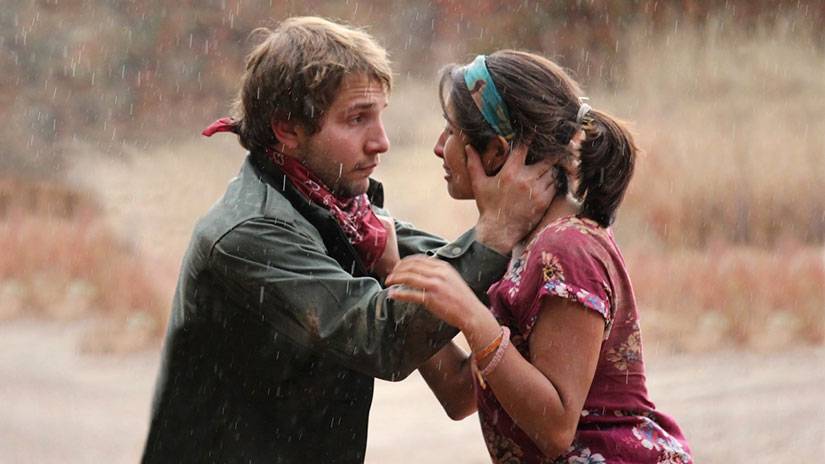 Santa Monica College (SMC) student film “The War Within”—written and directed by SMC film student Marta D’Ocon—will screen at the 25th anniversary edition of the Emerging Filmmaker Showcase at the American Pavilion during the 2022 Cannes Film Festival, on May 25. This is SMC’s seventh student film to be selected for the showcase in the past eight years; Santa Monica College is the only community college represented in this category of the showcase. Since this is the first time the Cannes festival is back on-ground post-Covid, 2020 and 2021’s finalist films will also be screened. SMC will have a total of three student films on show in Cannes, including 2021’s Best Student Film Winner “Broken Layers” and 2020’s official selection “The Attempt.”

SANTA MONICA, CA—Santa Monica College (SMC) student film “The War Within”—written and directed by SMC film student Marta D’Ocon—will screen at the 25th anniversary edition of the Emerging Filmmaker Showcase at the American Pavilion during the 2022 Cannes Film Festival, on May 25. This is SMC’s seventh student film to be selected for the showcase; Santa Monica College is the only community college represented in this category of the showcase.

The 33 films selected as part of the 2022 showcase will be presented to an in-person audience, along with the 68 finalist films from 2020 and 2021, which means that Santa Monica College will have a total of three student films on show in Cannes: 2021’s Best Student Film winner “Broken Layers” (written and directed by Niccolo Rolim) and 2020’s official selection “The Attempt” (written and directed by Daniel Despart), both to be screened on May 23. This will be the first time the Cannes Film Festival is back on ground since the COVID-19 pandemic.

“’The War Within’ is extraordinary for a number of reasons, not the least of which is that it was written and directed by an 18-year old student, Marta D’Ocon, whose directorial perspective and artistic maturity in this film go way beyond her years,” said SMC Film Professor Salvador Carrasco, who heads the film production program. “Also, it happens to be a quintessentially Latin American story told by a Spanish—Catalonian, to be precise—filmmaker, a courageous undertaking (given the historical complexity of Spain-Latin America relations) worthy of giants like Luis Buñuel, the Spanish director who dissected Mexican cultural identity in unforgettable films like ‘Los olvidados.’”

Carrasco further added: “Last but not least, because it is simply extraordinary: well-crafted, moving, thought-provoking, and with something relevant to say about the world we live in and the seemingly insurmountable challenges women have to face whatever context they find themselves in, including so-called ‘progressive’ ones.”

D’Ocon stated that the very first seed for “The War Within” came to life in 2019 “when I read an article about women’s forced abortions in different parts of the world. It got under my skin that in this day and age women apparently are still not expected or trusted to make final decisions about their bodies, their lives, their choices.”

“I wanted to make this film to confront that issue head on, stressing the fact that, when it comes to basic human rights, women get the short end of the stick on either side of the ideological spectrum: right and left alike. As fate would have it, here we are in 2022 with the Supreme Court potentially about to overturn Roe v. Wade,” D’Ocon said. “I hope ‘The War Within’ contributes with its grain of salt so that we never forget how the most precious things in life can be taken away from us at any moment.”

D’Ocon stated that she is “forever grateful to Santa Monica College and Prof. Carrasco in particular for their mentorship, as well as to our cast and crew for their invaluable support and collaboration.”

In the past eight years, seven SMC films have been official selections at the Emerging Filmmaker Showcase at the Cannes Film Festival, with “Broken Layers” winning Best Short in 2021. Carrasco speaks to this record: “As head of the SMC Film Program, I am incredibly proud of our students and their films, which are both in tune with and challenge the pulse of the world we live in. I believe our film school is now on par with the best in the nation, with the caveat that ours costs a mere fraction of most tuition fees out there.”

The immensely affordable cost aside, Carrasco adds: “Our film program is helping redefine the notion of what a community college can be when we place our educational bet on talent, work ethic, and fulfilling social values at the highest possible standard.”

“Broken Layers”—which won Best Student Short Film at The 24th American Pavilion Emerging Stude­­nt Showcase—is a humanist portrayal of the Iraq War and its aftermath as experienced by Rosa, a half-Latina, half-Arab U.S. Marine. As for SMC’s 2020 entry, “The Attempt” is set in 1921 post-World War I Berlin and it is based on a true story. “The Attempt” follows Soghomon Tehlirian, a young man who is given the mission to assassinate the chief orchestrator of the Armenian genocide. During his first attempt, Soghomon realizes that killing another man is not easy and contemplates starting a new life with the woman he loves.

“The 2022 cohort of student filmmakers and young talents brings us a richly diverse program including 24 female-identifying directors presenting 17 films, and 10 films focused on LGBTQ+ topics as well as many projects exploring the meaning of cultural identity,” said Julie Sisk, Founder and Director of The American Pavilion. “We are also thrilled to back in-person this year bringing the 2022 finalist filmmakers together with the talents from 2020 and 2021 to provide them the opportunity to screen during the 75th landmark edition of the Cannes Film Festival.”

Emerging showcase winners will be chosen by a jury that includes agents, managers, producers, and industry members and will be announced at The American Pavilion during this year’s Cannes Film Festival.

Santa Monica College is a California Community College accredited by the Accrediting Commission for Community and Junior Colleges (ACCJC) of the Western Association of Schools and Colleges (WASC). For 31 consecutive years, SMC has been California’s leading transfer college to UCLA, UC Berkeley, and other University of California campuses. The college also tops in transfers to the University of Southern California and Loyola Marymount University and is the top feeder west of the Mississippi to the Ivy League Columbia University. In addition to the Film Production Program, more than 110 career training degrees and certificates at SMC—in fields ranging from the traditional (Accounting, Early Childhood Education, Nursing) to the emerging (Sustainable Technologies, Technical Theatre, and a baccalaureate degree in Interaction Design)—offer professional preparation for students interested in directly entering the job market, transferring to a four-year school, or upgrading specific skills. SMC provides news and cultural enrichment through its NPR radio station KCRW (89.9 FM), the Broad Stage at the SMC Performing Arts Center, and lifelong learning through distinctive programs such as its Emeritus Program for older adults.

About the American Pavilion:

The American Pavilion, celebrating its 33rd year as the epicenter of American hospitality and communication at the Cannes International Film Festival, brings together both professional and emerging filmmakers along with industry executives from across the globe. A much sought-after destination for information, orientation, and recreation, it accommodates the needs of its members, guests and sponsors in a dynamic business environment. With its impressive array of amenities and services, AmPav provides an opportunity to relax in very comfortable surroundings. The American Pavilion is part of Penske Media Corporation. For more information about AmPav contact publicist Laura Molinari publicity@AmPav.com, visit www.ampav.com, check it out on Facebook facebook.com/AmericanPavilion. Also on Twitter as @AmPav and Instagram as @The_American_Pavilion.