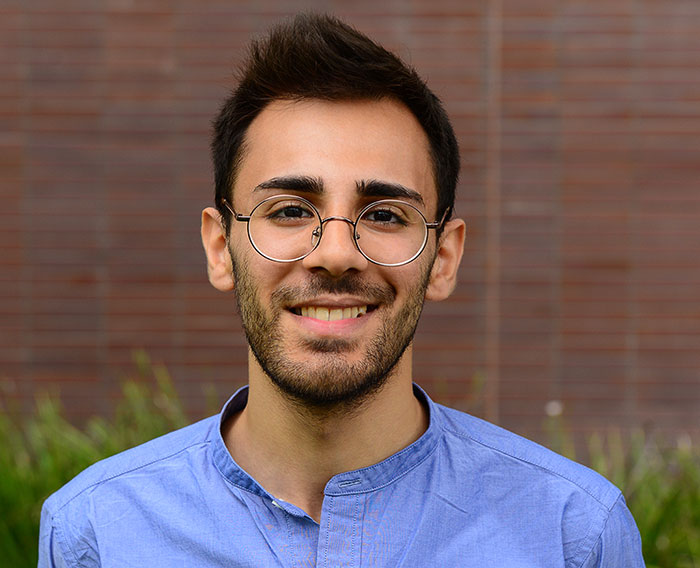 At age 14, John Abughattas became severely ill with ulcerative colitis, a disease that inflames the inner lining of the large intestine. The chronic pain prevented him from attending classes, so he accepted weekly packets of homework, determined not to let his illness impede him. Despite being set apart from his fellow students and with limited support from his teachers, he still graduated.

John's lonely path of learning brought him to Santa Monica College. The first place he went was the Center for Students with Disabilities, "where the kindest people on campus helped me figure out a way to make college work with my condition," he said. He finally felt part of a community

He majored in philosophy, pursuing answers to the existential questions that had haunted him since his colitis began. He also made time to volunteer, even though balancing his condition with his classes was sometimes a challenge. He worked with Junior State of America, which promotes civic discourse, and became a COPE Health Scholar, helping patients at the California Hospital Medical Center. He also served as president of the SMC Philosophy Club.

John—accepted at UCLA, UC Berkeley, and Columbia University—is trying to decide where to go. He is considering a law degree and a PhD in philosophy, to pursue an academic career that explores the intersections of the two. He graduates from SMC with an Associate degree in General Science.