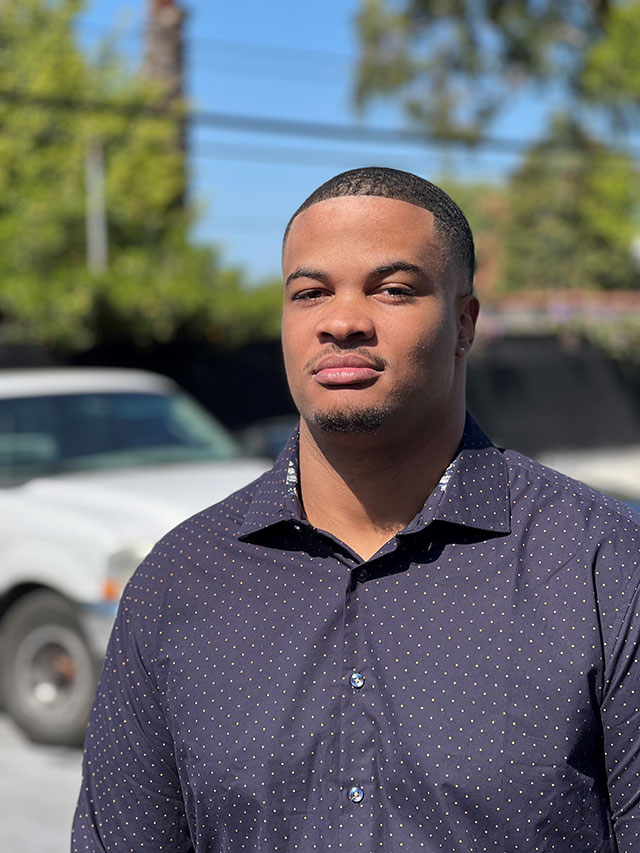 Mark LeDent’s transferring to UC Berkeley as a computer science major is a minor miracle.

His life’s first three years spent in foster care, Mark was later adopted into a home where he suffered physical and emotional abuse. He grew up in an Inglewood neighborhood where drugs and gangs claimed many. But Mark found structure and refuge in football. The right tackle from Morningside High School was applying to colleges when he discovered his Social Security number didn’t correspond with his adopted name. During the two years it took to untangle that, Mark was ineligible for financial aid and unemployable.

Were it not for Cheyenne Banks, Mark’s education might have stalled. This “great friend” took him in and encouraged him to keep trying. Cheyenne’s family gave Mark odd jobs, sweeping floors, answering phones at their hair salon. Handy with technology, Mark volunteered his services at church. He and Cheyenne both enrolled at SMC in 2019, and Mark joined the football team. Drills and training consumed Mark’s afternoons, gamedays encroached on weekends. He also did computer maintenance at a used-car dealership and drove for Lyft.

Mark graduates with a 3.5 GPA, including three semesters on the Dean’s List. Cheyenne will graduate alongside him. (She’ll transfer to Cal State Fullerton.)

Mark never imagined he’d be going to UC Berkeley. “Santa Monica College gave me that opportunity,” he says. Suddenly his dream job — becoming a Google software engineer — seems within striking distance. Time permitting, he may even try out as a walk-on for the Golden Bears.