A list of courses currently offered by the Psychology Department at SMC. Please note that only a limited number of these courses are offered during Winter and Summer semesters. 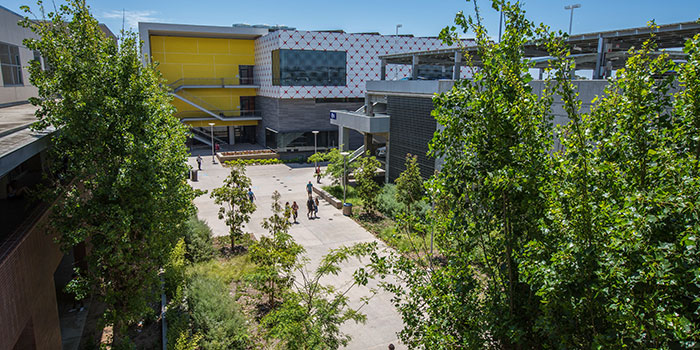 This course is an introduction and general survey course in psychology. This course grounds the student in the epistemology of psychology as a scientific discipline, research methods, and critical analysis of research findings. Substantive psychological content includes the biological bases of behavior, perception, cognition, and consciousness, learning, memory, emotion, motivation, development, personality, social psychology, psychological disorders, and therapeutic approaches, and applied psychology.

This introductory course emphasizes the biological approach and methods as tools for adding to our understanding of human psychology and neuroscience. Information about the functioning of the human nervous system is used to provide insight into mental, emotional, and behavioral processes. The role of biological factors underlying sensation, perception, motivation, learning, thinking, language processes, and psychopathology is stressed. The course also notes historical scientific contributions and current research principles for studying brain-behavior relationships and mental processes. Ethical standards for human and animal research are discussed in the context of both invasive and non-invasive experimental research.

This course emphasizes the study of communication as a process of giving, receiving, and interpreting verbal and non-verbal behavior in a variety of interpersonal situations. Communications research, listening skills, conflict resolution, feedback, communication barriers, and message organization are covered. Experiential exercises, including role-playing and small group interactions, provide techniques for the development of more effective communication styles. Issues in gender and cross-cultural communication and conflict will be discussed, with an emphasis on methods to improve interpersonal interaction in culturally diverse settings.

This course provides insight into and preparation for establishing rewarding relationships as the basis for a successful and fulfilling individual, marital, and family life. Included are values clarification, communication techniques, current views of male and female roles in society, mate selection, sexual involvement and adjustment, family planning, and child rearing. Special emphasis is placed on understanding the need for compromise and adjustment in a marriage and family unit in our rapidly changing society.

This course surveys various psychological research methods with an emphasis on research design, experimental procedures, descriptive methods, instrumentation, as well as collection, analysis, interpretation, and reporting of research data. Research design and methodology are examined in a variety of the sub-disciplines of psychology. Ethical considerations for human and animal research are explored. Students are introduced to critical thinking and the application of the scientific method to psychological questions. The course contains both lecture and practical experiences via the formulation and completion of original research conducted in small groups. Various descriptive and inferential statistical approaches are explored and utilized to evaluate data.

This course provides an overview of prevention science and an introduction to the history, goals, and methods of community psychology. Community psychology focuses on the application of psychological principles to understand and address community issues. This course emphasizes the preventive and strength-based approach within community psychology to understand the ecological context of human experiences, initiate action research, and implement social change. Topics such as family and community violence, oppression, criminal justice, and mental health policy are explored. This course requires students to engage in learning outside the classroom in conjunction with various community-based organizations.

This course will examine the major developmental milestones for children, both typically and atypically developing, from conception through adolescence in the areas of physical, psychosocial, and cognitive development. Emphasis will be on interactions between maturational and environmental factors within a culturally sensitive framework. While studying developmental theory and investigative research methodologies, students will observe children, evaluate individual differences and analyze characteristics of development at various stages.

This course is a study of the nature of social interaction and group processes that affect the motivations, attitudes, perceptions, and behaviors of individuals.

This course provides an introduction to biological, environmental, social, and psychological determinants of psychopathology and behavioral deviation. Historical and current theories of abnormal mental or behavioral functioning, their implications for therapy, and community support systems are discussed.

This course traces physical, emotional, social, and intellectual development throughout the lifespan from conception through aging and dying. The impact on the individual of the family, the culture, and socio-economic factors will be a special emphasis. Theoretical understanding of lifespan issues will provide a foundation for exploration of their practical implications at each stage of development. This course is open to all and is especially geared toward health professionals.

This study of sexual behavior begins with anatomy and physiology, reproduction, and other biological topics. Pre- and post-natal development, gender differentiation, and psychosexual development are discussed to provide the background for considering the diversity of adult sexuality. In regularly scheduled small group meetings, the student is given an opportunity to explore and compare his or her own psychological and behavioral dynamics with the different values, beliefs, and practices of other individuals and other cultures.

This course will focus on the theory and application of psychological principles as they relate to the causes of, and potential solutions to, current global environmental problems. Modern ecological issues (such as global climate change, habitat loss, etc.) have their historical origin in human behavior; this class will focus both on relevant causal behaviors, and on the mental mechanisms that give rise to such behavior. An evolutionary perspective will be employed to identify the pathways by which the clash of “universal human nature” and the modern environment results in an “evolutionary mismatch.” Evolutionary models such as the “tragedy of the commons” will be elucidated with relevant and real-world examples. In addition, the course will explore potential avenues to effectively reshape human kind’s social, technological and economic relationship with its environment. As such, a systems approach will be taken that considers the human as a part of, as well as an influence on, ecosystems. Cutting edge research will be integrated from different domains of psychology (cognitive, social, developmental and evolutionary, etc.) as well as related fields (genetics, behavioral economics, game theory, anthropology, etc.) to comprehensively study the human-environment interaction.

Psychology 40 is the same course as Environmental Studies 40. Students may earn credit for one, but not both.

This upper-division Cognitive Psychology course addresses how humans learn to process information in their environment as well as how they decide how and when to act on their environment. This course includes a survey of cognitive psychology, specifically, the science and study of how people acquire, represent, transform and use verbal and nonverbal information. In this context, we will explore the sensation and perception of objects, surfaces, space, and motion. Additionally, key cognitive functions are explored including imagery, memory, representations of knowledge, language, decision making, thinking and reasoning, attention and vigilance. Finally, we will review developmental considerations in cognitive psychology from early infant cognition to maturation and cognition as we age