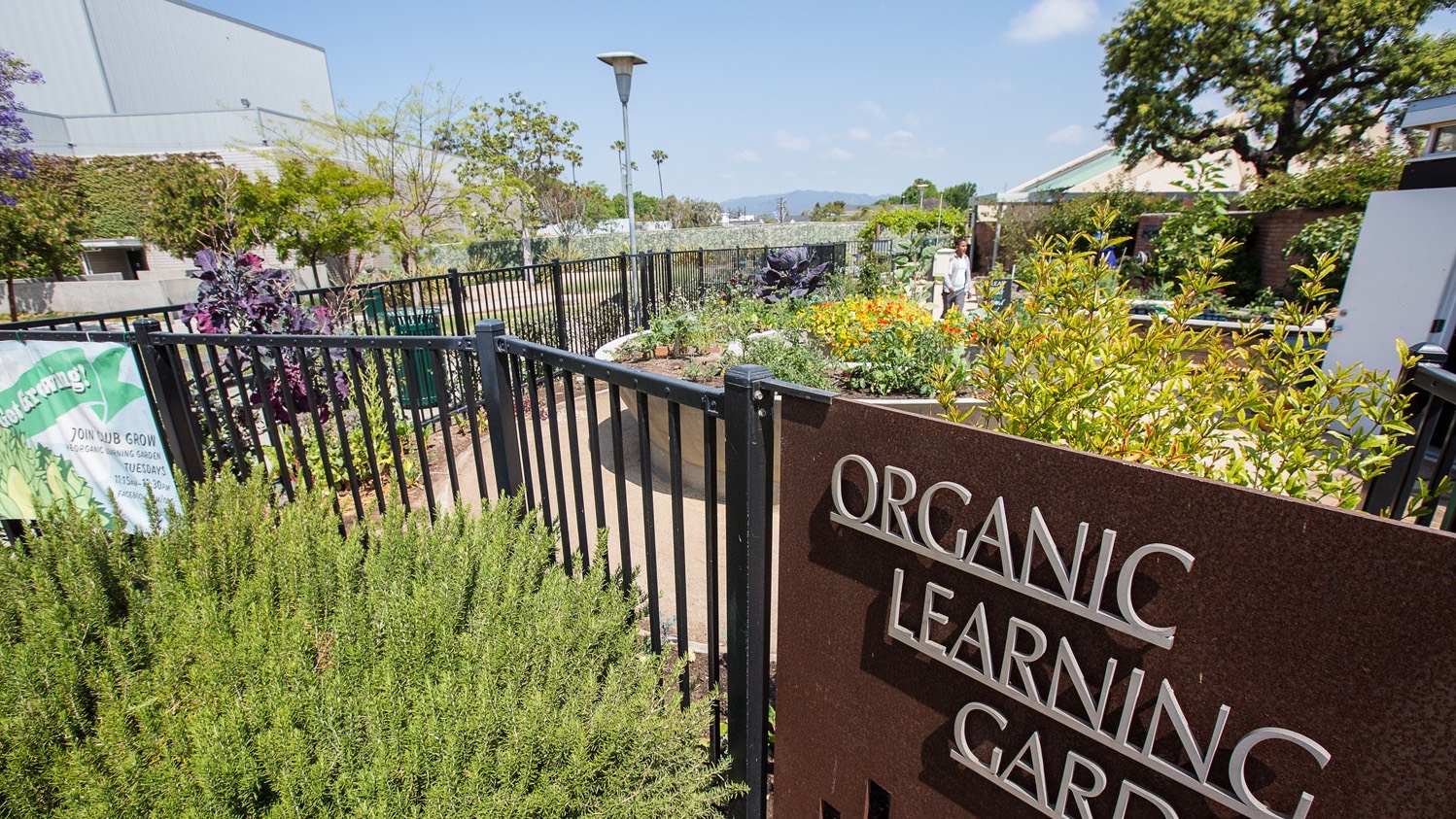 Santa Monica College’s Organic Learning Garden. The SMC Board of Trustees unanimously passed a resolution at their meeting on Tuesday night, Oct. 6 that urges Congress to approve HR 763: Energy Innovation and Carbon Dividend Act. This legislation, if passed, would impose a fee on carbon emissions at their source, with costs passed on to the consumer and fees collected distributed to American households in the form of a dividend. (Photo Credit: Amy Williams)

SMC Board Passes Resolution in Support of HR 763

SANTA MONICA, CA—The Santa Monica College (SMC) Board of Trustees unanimously passed a resolution at their meeting on Tuesday night, Oct. 6 that urges Congress to approve HR 763: Energy Innovation and Carbon Dividend Act. This legislation, if passed, would impose a fee on carbon emissions at their source, with costs passed on to the consumer and fees collected distributed to American households in the form of a dividend. HR 763 is projected to reduce the nation’s carbon emissions by at least 40 percent in the first 12 years and to create 2.1 million new jobs by driving economic growth.

Congressman Ted Lieu, who represents California's 33rd congressional district (it includes Santa Monica), is one of the 80 sponsors of the legislation. Endorsers of HR 763 include the City of Santa Monica, the Los Angeles County Board of Supervisors, and numerous other local community/civic leaders, groups and organizations.

“Santa Monica College’s Board of Trustees felt the urgency of passing this resolution, as this institution has a long-established commitment to climate action advocacy,” said SMC Board Chair Dr. Nancy Greenstein. “This board is proud of the many ways that the college has demonstrated leadership to combat climate change—from Superintendent/President Dr. Kathryn E. Jeffery signing on to the American College & University Presidents’ Climate Commitment to cultivating a campus culture where sustainability in curriculum, various facets of daily life, and transportation is the norm and not the exception.”

In January 2020, the SMC Board also passed a resolution to pursue the 2025 and 2030 climate change and sustainability goals as adopted by California Community Colleges Board of Governors.

SMC’s Center for Environmental and Urban Studies (CEUS) serves as a hub for all things sustainability at the college, housing eco-focused student clubs, the SMC Environmental Affairs Committee, the Transportation Task Force, a Student Greening Workshop program, and a library. The college is also the only California community college to be recognized as a Bicycle Friendly University (BFU) by the League of American Bicyclists, which honored SMC with a Silver-level BFU award in 2018.

The college offers Associates Degrees in Environmental Science and Environmental Studies; Certificates in Solar, Energy Efficiency, Recycling, and Sustainability; as well as dozens of environmentally focused courses across a wide range of fields. In addition, students and employees—in non-pandemic circumstances—learn how to grow food at the SMC Organic Learning Garden. More information about sustainability at SMC is available at smc.edu/community/sustainability.

SMC Superintendent/President Dr. Kathryn E. Jeffery said that supporting the passage of HR 763 was imperative for two reasons: to safeguard the future of the planet, and to do so for the wellbeing of Santa Monica College students and generations to come.

“We at Santa Monica College are proud to add our voices to those of numerous other champions advocating for climate action, and most imperatively through this new legislation that would substantially reduce greenhouse gas emissions,” said Dr. Jeffery. “Safeguarding the future of our planet should not be a partisan issue—especially when the wellbeing of future generations is also at stake. The time to act is now.”

HR 763 is projected to, if enacted, having both the potential to reduce the nation’s carbon emissions by at least 40 percent in the first 12 years as well as to improve health and save lives and also help low- and middle-income Americans by putting the fees collected into their pockets to spend as they see fit.

More than 3,500 economists—including 27 Nobel Laureates—signed an open letter in the Wall Street Journal in 2019, stating that a carbon tax is the most effective way to reduce harmful emissions at the scale and speed necessary. Also last year, the Columbia University Center for Energy Policy issued a report comparing the carbon pricing bills that have been introduced in Congress, finding that HR 763 is best for the environment and best for the people. It would reduce carbon dioxide emissions at a rate of 36 to 38 percent by 2030 and targets a 90 percent reduction by 2050.