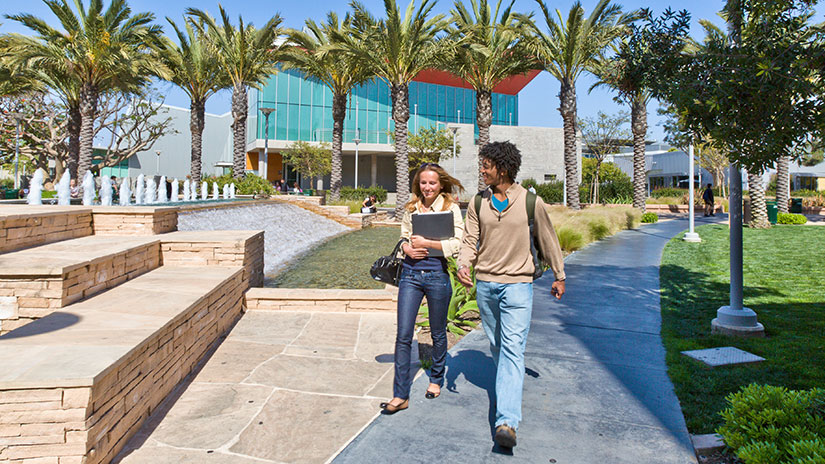 Santa Monica College (SMC) follows the Federal Satisfactory Academic Progress (SAP) guidelines articulated in Volume 1 of the Federal Student Aid Handbook in establishing a SAP Policy for all Federal Aid and Cal Grant recipients.
At the core of SMC’s SAP Policy is the qualitative and quantitative measurement of aid recipient’s academic progress.   The qualitative and quantitative progress requirements are noted below. Qualitative Requirements:  SMC requires students to maintain a minimum GPA of 2.0—which is the college’s requirement for degrees, transfer, and certificates.

Progress is monitored on a semester by semester basis for all federal aid and Cal Grant recipients.   An automated analysis of the student’s progress is made by SMC‘s Information Technology Department after the major Fall, Spring, and Summer terms.  Winter coursework are reviewed at the same time that Spring courses are evaluated.

Suspended students may appeal for financial aid reinstatement by completing an appeal form—in which they address extenuating circumstances that affected their academic progress problems or reasons why they exceeded the maximum time frame of their program without completing their program.   Students are also expected to explain steps they are taking to resolve these circumstances.

Students going through an appeal should provide any supporting documentation of their circumstances of their health, personal, or family issues.  They also need to provide an academic plan approved by an SMC counselor.

Regaining Eligibility
Students on “Lack of Progress” Suspension, who are denied in the appeal process or do not submit an appeal, can regain eligibility by meeting GPA and pace standards.

SAP Policy on Remedial Course-Work
The first 30 units from remedial English and Math classes will not be counted when assessing the remaining number of attempted units for maximum time frame calculation purposes.   After a student attempts 30 remedial units, the attempted units will count in maximum time frame calculations.  The academic progress in these remedial classes will be counted when calculating the student’s overall GPA and overall pace.

SAP Policy on ESL Course-Work
ESL courses will not be counted when determining the remaining maximum time frame for a student, unless the ESL course is degree applicable.    The academic progress in these ESL classes will be counted when calculating the student’s overall GPA and overall pace.

SAP Policy on Incomplete Grades
“I” (incomplete) grades will be considered as “attempted,” but will not be considered to have been “completed.”  If a student’s “I” grade changes during a term, it is the student’s responsibility to inform the Financial Aid Office of the change.  If the grade will affect the student’s financial aid eligibility, the Financial Aid Office will then do an SAP recalculation during the term.  Otherwise, the change of grade will not be factored into the overall pace until the next incremental assessment.

SAP Policy on Retroactively Assessing SAP for Grade Changes
The Financial Aid Office, when informed of a grade change in an earlier term by the Admissions Office, will recalculate the students SAP status.