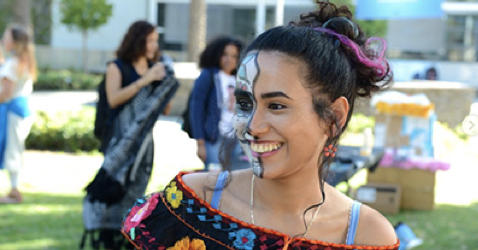 Your "How To" Guide for Establishing Residency at SMC

Questions and/or comments may be addressed by emailing residency@smc.edu.

The Residency Reclassification Questionnaire and complete documentation (aka, proofs) must be submitted to residency@smc.edu prior to the start of the term the student is requesting to be reclassified as a resident.

Documents submitted for consideration must be dated at least one year and one day prior to the Residency Determination Date. Please review the Residency Questionnaire for examples of the types of documents that may be submitted.
Santa Monica College reserves the right to request additional documents when those presented do not sufficiently demonstrate legal status, physical presence, intent, financial independence (as relevant), and the “one year plus one day” requirement.

*All proofs of residency must be dated at least one year and one day prior to the start of the term for which residency is sought. Proofs should be no older than 3 years

To establish residency, a student needs to meet the three conditions below, subject to verification by submitting the Residency Reclassification Questionnaire and supporting documentation. The burden of proof to demonstrate legal status, physical presence, intent to establish residency in California, and financial independence is on the student (EC 68041).

Resident:
Unless precluded, a “resident” is a student who has been physically present in the state for more than one year immediately preceding the residence determination date (one year and one day) for a term and has demonstrated an intent to make California a permanent home. EC § 68017

Nonresident:
A “nonresident” is a student who does not have residency in the state for more than one year immediately preceding the residence determination date for a term. EC § 68018

A student between 19 and 23 years of age who has been classified as a nonresident continuing student may request reclassification to resident status once the above three conditions have been met. A Residency Reclassification form must be completed, which requires the submission of documents demonstrating financial independence from parents or legal guardians (EC, Section 68044).

Certain students may qualify for a nonresidence tuition exception under the circumstances below, provided relevant documentation is presented:

This exemption applies to the following: