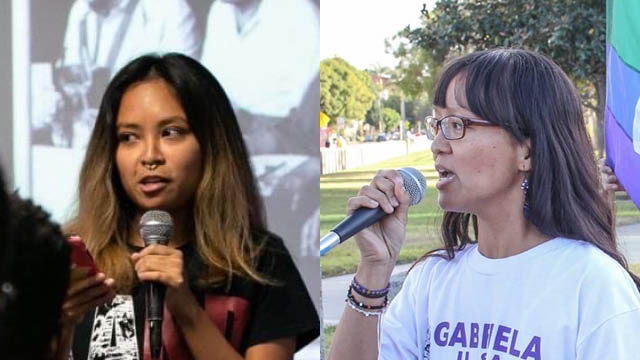 Terrie Cervas is the Secretary General of GABRIELA USA. She began her involvement with the Philippine national democratic movement in 2005 and has since organized artists, women, and migrant workers. She helped found the Los Angeles chapter of GABRIELA in 2009 and has served on the National Executive Committee of GABRIELA USA since its establishment that same year.

Audine Tayag is the Chair of GABRIELA Los Angeles. She has been organizing Filipino Americans and immigrants with the Philippine National Democratic Movement since 2017. She also works in progressive advocacy, particularly for women’s rights and immigrants rights, since 2013.

This event is part of October's Filipino American History Month.