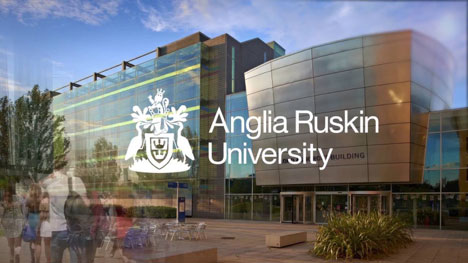 Anglia Ruskin University is a public university in East Anglia, United Kingdom. It has 39,400 students worldwide and has campuses in Cambridge, Chelmsford and Peterborough. It also shares campuses with the College of West Anglia in King's Lynn, Wisbech and Cambridge.

It has its origins in the Cambridge School of Art, founded by William John Beamont in 1858. The school became Anglia Polytechnic after the Cambridgeshire College of Arts and Technology and the Essex Institute of Higher Education joined. It became a university in 1992 and was renamed Anglia Ruskin University (after John Ruskin) in 2005.

It has been listed in the Times Higher Education's (THE) World University Rankings – being named as one of the top 350 institutions in the world and joint 38th best in the UK. The higher education strategy consulting firm Firetail recognises Anglia Ruskin University as one of the 20 "rising stars" in global Higher Education. It is the only UK University to feature in the top 20.