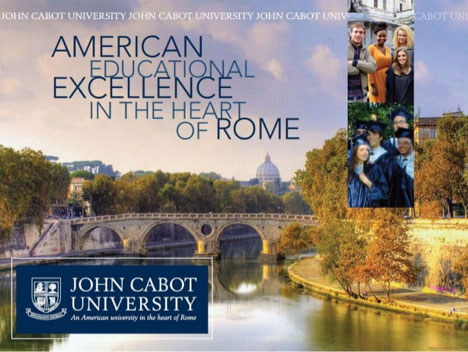 John Cabot University is a small American liberal arts university in the Trastevere district (rione) of Rome, Italy. It is named for the Venetian explorer Giovanni Caboto. As of 2016 it has more than 1,000 students in fields like Art History, Business Administration and International Affairs. The university has two campuses in central Rome. It was founded in 1972 as a small affiliate program with Hiram College, before becoming its own independent university in 1991 and earning accreditation in 2003.