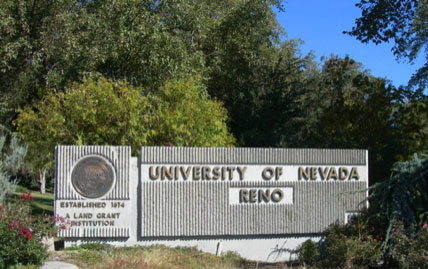 About University of Nevada Reno (NV)

The University of Nevada, Reno is a public research university located in Reno, Nevada. Founded October 12, 1874, Nevada is the sole land grant institution for the state of Nevada.

According to the Carnegie Classification of Institutions of Higher Education, the University of Nevada is a research university with high research activity (RU/H). The campus is home to the large-scale structures laboratory in the College of Engineering, which has put Nevada researchers at the forefront nationally in a wide range of civil engineering, earthquake and large-scale structures testing and modeling. The Nevada Terawatt Facility, located on a satellite campus of the university, includes a terawatt-level Z-pinch machine and terawatt-class high-intensity laser system – one of the most powerful such lasers on any college campus in the country. It is home to the School of Medicine, with campuses in both of Nevada's major urban centers, Las Vegas and Reno, and a health network that extends to much of rural Nevada. The faculty are considered worldwide and national leaders in diverse areas such as environmental literature, journalism, Basque studies, and social sciences such as psychology. The school includes 16 clinical departments and five nationally recognized basic science departments. It is also home to the School of Journalism, which has produced six Pulitzer Prize winners.