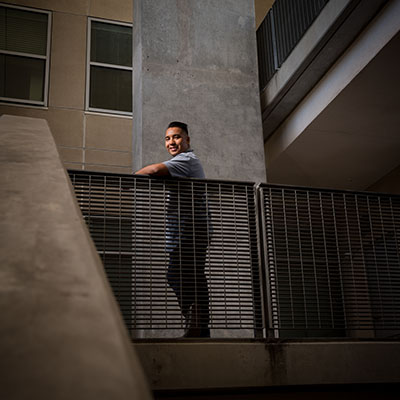 “This program developed my skills, knowledge, and passion, motivating me to think bigger about how I can contribute to society.”

Officially established in 2010 and graduating its first class in 2012, the Public Policy Institute builds up​on the historic interdisciplinary strengths of SMC. We attract a diverse student body of all ages, ethnicities, and socioeconomic backgrounds, and take pride in offering an inclusive, supportive environment that helps students succeed.

The public policy program more than quadrupled enrollment over the past two years, while community partners for the experiential learning component similarly continued to grow. Unique collaborations with Arizona State University and American University in Paris guarantee admission for graduates of the program who meet minimum criteria.

Expanding career horizons for underserved and first-generation college-bound students is a major priority. More than a third of the SMC student body is first-generation college-bound, while nearly 50 percent come from families whose parents did not complete two years of college. As the nation’s top community college for transfers to four-year institutions, SMC attracts students not only from California but also from the rest of the U.S. and some 116 foreign countries.

SMC and the Public Policy Institute are dedicated to ensuring that low-income students achieve their professional goals without adding significantly to their debt. The average tuition for in-state students at SMC is $1,207 – less than half the national average.