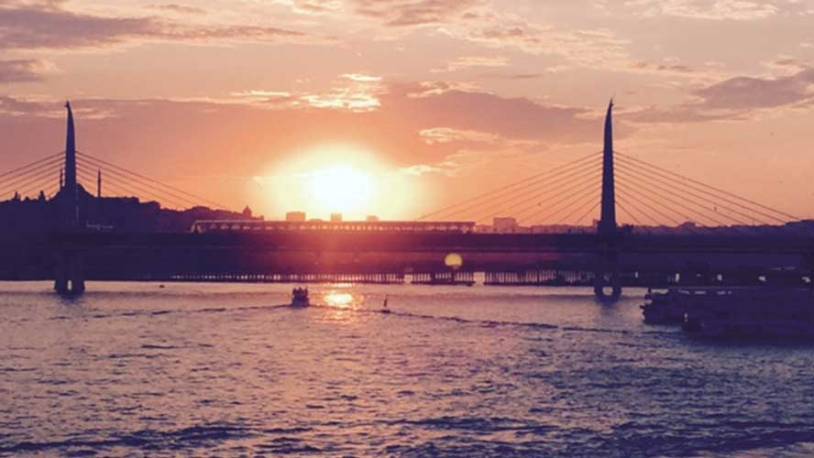 Santa Monica College (SMC) attracts students from 110 nations, who contribute to the global culture of the campus and the experience of other students. In 2008, SMC launched an initiative called “Global Citizenship” to enrich its diverse culture through curriculum, extracurricular activities, study abroad programs – and overseas professional development for staff. This summer, 18 SMC academic and support staff traveled to the Republic of Turkey, one of SMC’s top 10 sources of international students.

The intensive two-week study tour was headquartered at Bahçeşehir University (BAU) in Istanbul and featured lectures on topics such as Turkey’s multilayered history, mix of cultures and religions, and issues and trends facing it today. The immersive experience also included an excursion to the historical region of Cappadocia.

The group explored Istanbul and its surroundings, and took part in activities that would enhance individual expertise. SMC music professor Shanon Zusman attended Istanbul’s annual jazz festival, and a classical music festival in a 6th-century Christian church. He learned the traditional way to hammer out a cymbal, visited an oud maker’s shop, and came home with “an invigorated sense of being curious again and wanting to really learn about a non-European country’s history.”

For SMC international education counselor Peggy Kravitz, Turkey was a study in contrasts, “a country with mostly Muslim residents – we heard the call to prayer five times a day – but saw women in very modern clothing, as well as fully-covered.” Significant elections had just been held, and she found it fascinating to hear the professors at BAU speak about where the country was headed politically.

SMC business professor Aileen Huang also declared the call to prayer as one of her most memorable experiences.

“It’s like a song that happens five times a day, and you could hear it practically from every corner because of the more than 3,000 mosques in Istanbul,” said Huang.

“Visiting Cappadocia was also very special – you just don’t get to see those kinds of mountain formations and underground cities and caves,” Huang added, referring to the UNESCO-designated World Heritage Center that is an erosion-sculpted landscape known for geological features called ‘hoodoos’ or ‘fairy chimneys.’

Huang now wants her accounting students at SMC to start thinking more internationally, and to focus more on companies’ mission statements, which “impact every aspect of their business: What are they doing overseas? How are they acting like global citizens?”

SMC Transfer Center faculty leader Dan Nannini was deeply impressed by the Istanbul Archeology Museum, which gave him “a true appreciation for the 5,000-year history of this part of the world, and the complexity of the people who have ruled, rebelled, been subjugated, conquered, and all the other things one can attribute to ‘civilization,’” he said.

“One of the great experiences I had was being there during Ramadan,” said Cardenas, referring to the monthlong celebration of the first revelation of the Quran to Mohammed, when Muslims fast from dawn to dusk, then share an evening meal with family and friends. “We were at the mosque right after the fasting break – it is wonderful how people gather together as a family, how they look out for each other, the music, the food, the prayers – you got to know their beliefs.”

Cardenas deftly summarized the group’s view on their cultural immersion experience. “I think sharing my experience with others can change their perspective,” she said, “but it’s nothing like actually being there.”

And for SMC’s professional development program – which has sent academic and support staff to Austria and China in the past few years – as well as for SMC’s Study Abroad programs in Belize, South Africa, Guatemala, and other locations around the world, “being there” is exactly the point.

To find out about the experiences of others on the study tour, visit www.smc.edu/facultystafftravels for their stories. For information about SMC’s study abroad programs for students, see www.smc.edu/studyabroad or call the International Education Center at (310) 434-4217.