Ferris Kawar fuses his passion for cycling and sustainability by gifting refurbished bikes to SMC students who need them. 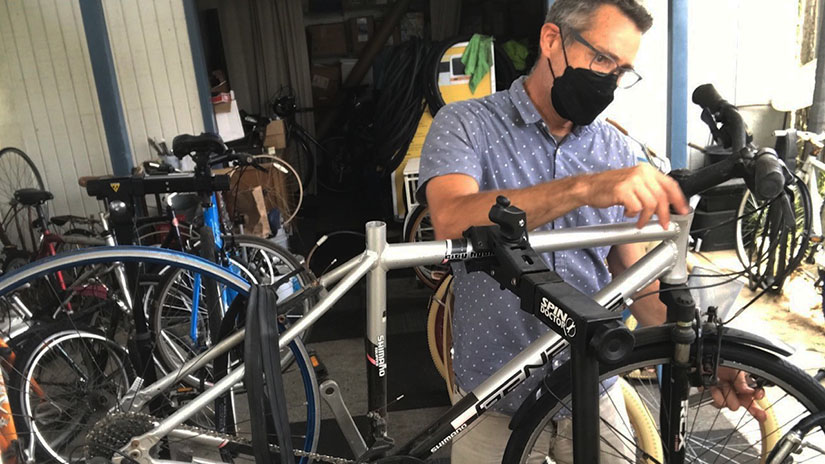 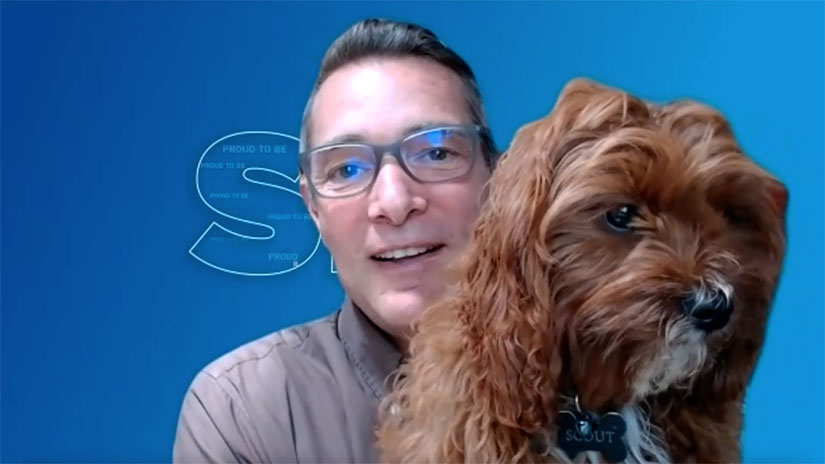 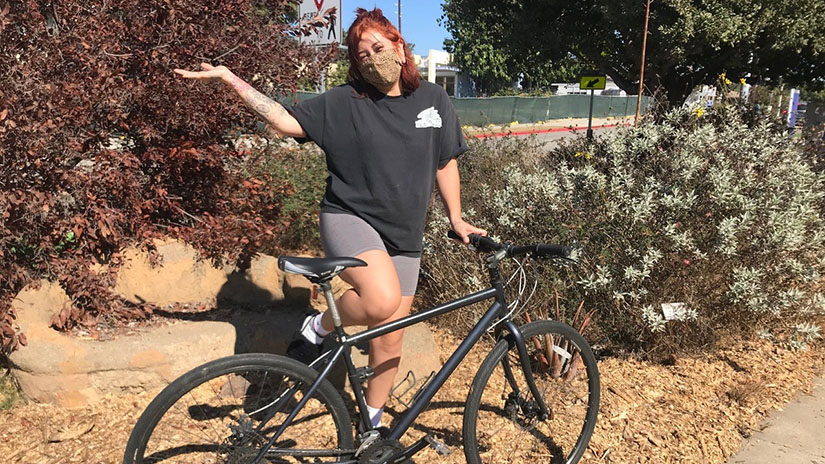 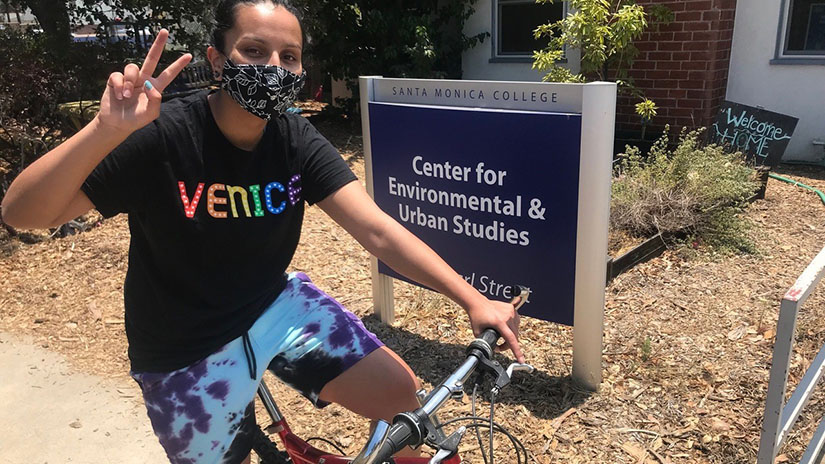 A student poses with his refurbished bike in front of CEUS

Velocipedes are a big part of Ferris Kawar’s life.

From his home in the Santa Monica Airport neighborhood, it’s an easy ride to Ferris’ office at the Center for Environmental and Urban Studies on Pearl Street.

When Ferris isn’t riding his three-speed Trek Belleville, he tools around Santa Monica in the family cargo bike. The large bucket is great for shopping trips or ferrying daughters Hazel, 10, and Noor, 8, to school and recreational activities. Sometimes Scout, the family’s Cavapoo puppy, rides along in a snuggly front-pack.

Ferris is prepared for most contingencies. “I’ve got foul-weather gear,” he says,  “and there’s a cover that goes over the cargo bike, so the girls don’t get wet.”

The girls have their own bikes, too.

The minivan in the garage belongs to their mom, Stacy Gruenloh. But she, too, prefers her own cargo bike, which comes with electric assist in case she runs out of steam on the way home from UCLA, where she works as an obstetrics nurse. Abundant free bicycle parking is a nice perk on the crowded Westwood campus.

The family zeal for cycling doesn’t end there. Ferris spreads the love through SMC Bike Match, a volunteer project that refurbishes hand-me-down bikes and gifts them to grateful Corsairs.

It started in 2018, after the SMC Police Department offered to give him its cache of unclaimed bicycles. The department impounds 15 to 20 bikes a year, which they formerly auctioned off.

Next Ferris reached out to students in the SMC Bike Club and the college’s Bicycle Maintenance Certificate Program, looking for volunteer repair techs. Word spread, and soon he was training inexperienced bike enthusiasts to try their hands at repair work.

Ferris modeled the program on Burbank Bike Angels, which he co-founded 12 years ago while working as a recycling specialist for the city of Burbank. Today, that group refurbishes more than 200 donated bikes a year and hands them out as holiday gifts to low-income kids in December. Through Ferris’s contacts with Bike Angels, he receives dozens of adult bikes that the kid-focused nonprofit can’t use. The SMC Bike Match team also gets used bikes from random donors and from Santa Monica SPOKE, a local bike education and advocacy group.

“Some of these bikes are really nice. It’s crazy what people will let go,” Ferris says. Most arrive in bad shape, however. “They’ve been sitting in someone’s backyard for two years and are pretty rusty,” he says. “We  fix them up, make them look good and run well.”

Unsalvageable bikes get stripped for parts and separated into large buckets for brakes, seats, derailleurs and so on. Bent frames get recycled for scrap metal.

Since the pandemic brought campus activity to a halt, Ferris has relied on a core group of SMC faculty and staff volunteers to do the repairs. Bicycle enthusiasts Paul Trautwein (marketing), Fai Fong (management information and systems), Rob Rudolph (campus events), Steve Johnston (facilities) and Omar Plascencia (facilities) all offered their time and varying levels of skill to Ferris, who is himself a self-taught amateur.

This merry band of bike-fixers gathers Sundays, 9 am -12 noon, and Mondays, 3-5 pm at CEUS to practice their craft. They’ve already refurbished 100 bikes his year.

Depending on its condition, a donated bike can take anywhere from one to five hours to fully clean and repair. A certified bike mechanic would do it much faster—and for hard cases, Ferris turns to professionals at REI and local bike shops, who generously comp their services.

To pay for spare parts, Ferris taps a pool of small donations  provided by the Santa Monica College Foundation. The SMC Bike Club and Eco Action Club sometimes kick in funds from their club allotments. It doesn’t take much to operate SMC Bike Match: the program’s annual cost is just $2,000, about the price of one new racing bike.

As in-person instruction returns, Ferris is looking around for more campus partners. He urgently needs workspace, as the CEUS outdoor classroom that currently serves as his bike-repair shop must be cleared to make way for the fall semester’s lineup of student sustainability workshops.

In those workshops, Ferris touts the environmental and economic benefits of cycling.

“A huge portion of the car trips we make are under a mile and could easily be replaced by bikes,” he tells students. If enough people made a habit of going by bike on short trips, Santa Monica’s traffic congestion would melt away.

Ferris, who was born in Amman, Jordan, and grew up in San Mateo, often mentions “the true cost of car ownership” in his sustainability workshops. The average price for a student to operate a car, he points out, is $7,000 a year. That’s just gas, registration and insurance, not counting loan payments.

Three years ago, after Ferris sold his own car, he kept track of how much he spent on rideshare services, buses, trains and electric scooters. “It was $200 for the whole year,” he recalls. “It felt like I’d given myself a pay raise. So now I always ask students: ‘What would you do with all the money you saved?’”

Ferris has fresh ideas for growing SMC Bike Match, such as “earn-a-bike” opportunities for students who want to learn bicycle repair and keep what they build. A similar program at Bikerowave, a  volunteer-run bike collective, already attracts about 200 SMC students a year. Associated Students currently covers Corsairs’ DIY stand fees at the Mar Vista-based repair shop.

Ferris also hopes to partner with SMC’s Bicycle Maintenance Certificate Program once it resumes in the spring. He’d like to route hard-case bikes to apprentices in that program who are looking for a challenge.

On the receiving end of the SMC Bike Match are Corsairs most likely to benefit from a free pair of wheels. Ferris distributes his team’s refurbished cycles through SMC Special Programs like EOPS, Black Collegians and Adelante.

The recipient response has been enthusiastic and, at times, comically bewildered.

“Sometimes they can’t even believe it,” Ferris says. “They’re like: ‘What’s the catch? You’re just going to let me walk away with this? Don’t I have to return it?’”

Even sweeter are the thank-you notes.

Nancy Perez has been enjoying her gift bike all summer, pedaling around Santa Monica, Venice and Ballona Creek. “I also ride to work sometimes because gas prices are sky high,” she writes in an email to Ferris.

Kaizen Okeke uses his bike mostly for exercise. “I go to the park in the evenings and ride as much as I can. SMC really does have our best interests at heart by making sure we are doing well even in these hard times,” he writes.

Neil Carvajal’s bike is yielding multigenerational health benefits. “Instead of opting for the car keys, my father now opts for a helmet when he goes out for the occasional taco run,” Neil told Ferris in an email.

“Riding my bike gives me the sense freedom and independence,” writes Ginetta Roble, who enjoys  exploring new neighborhoods across LA. “I love that SMC is doing this for students like me.” 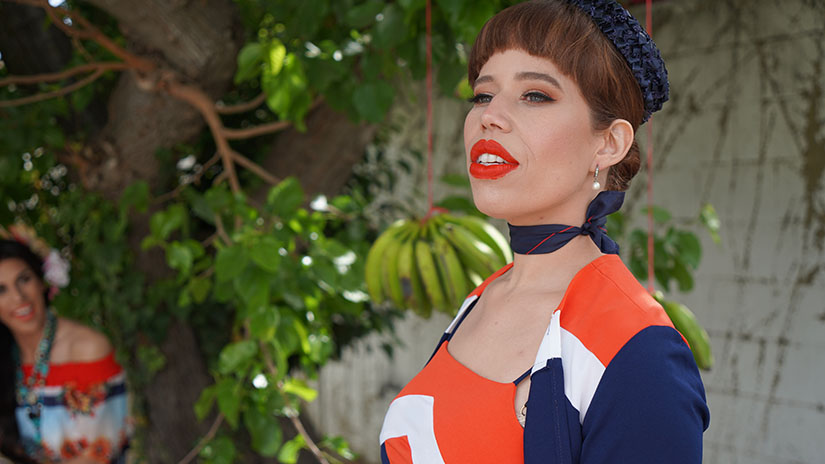 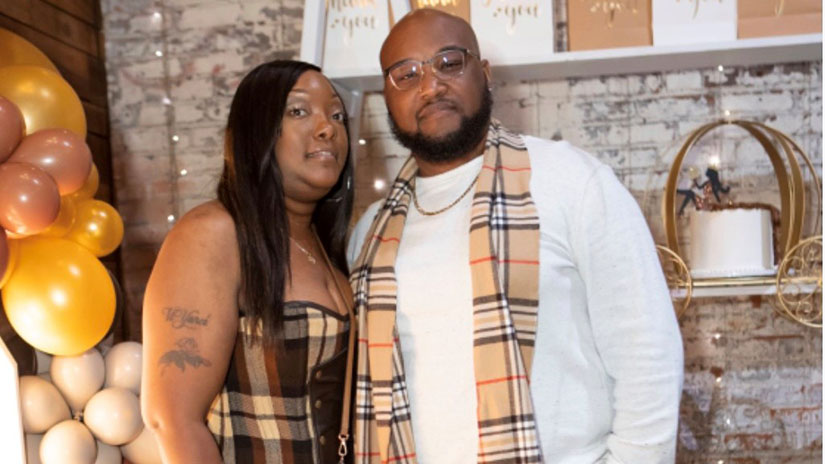 A Service Person, a People Person 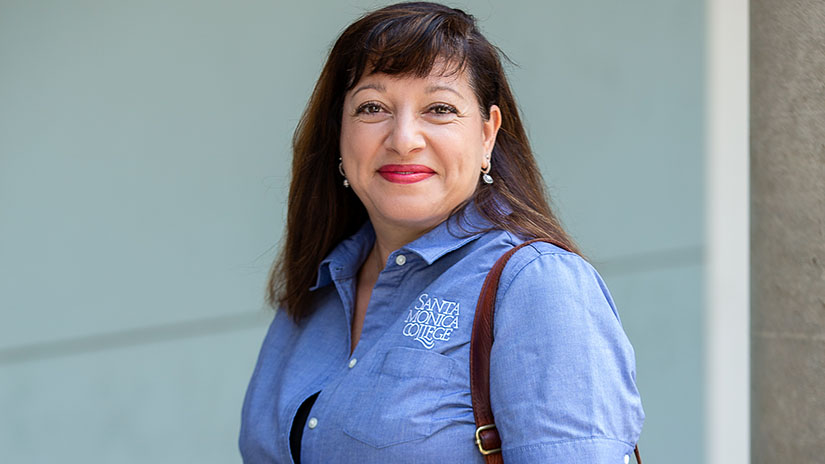 The Backbone of Transfers

Maria Bonin is the quiet, steady force behind all that goes on at SMC’s Transfer Center. This specialist, who is “honest, hardworking, creative” is also described as ‘The Ambassador of Transfer.’ Maria talks about a day in her life, what sustained her during the pandemic, and why she loves her job. Read Article 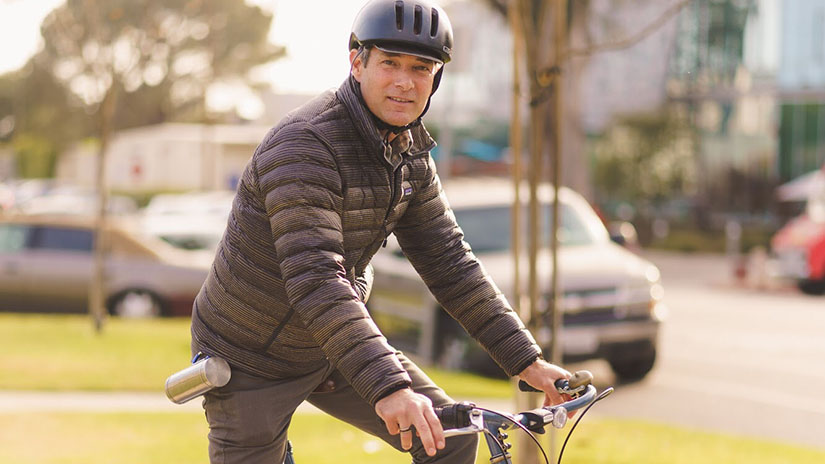 Velocipedes are a big part of Ferris Kawar’s life. And during the pandemic, Ferris fused his passion for cycling and sustainability by gifting refurbished bikes – with the help of several volunteers – to SMC students who need them. Read Article 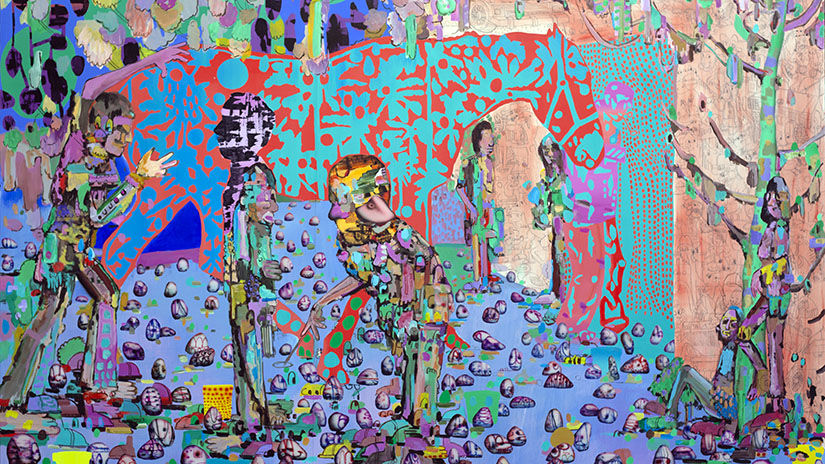 An accounting professor receives the 2021 California Society of CPA's Outstanding Educator Award. A communications professor lends his voice at the Tokyo Olympics. The fashion department gets major coverage. Read Article 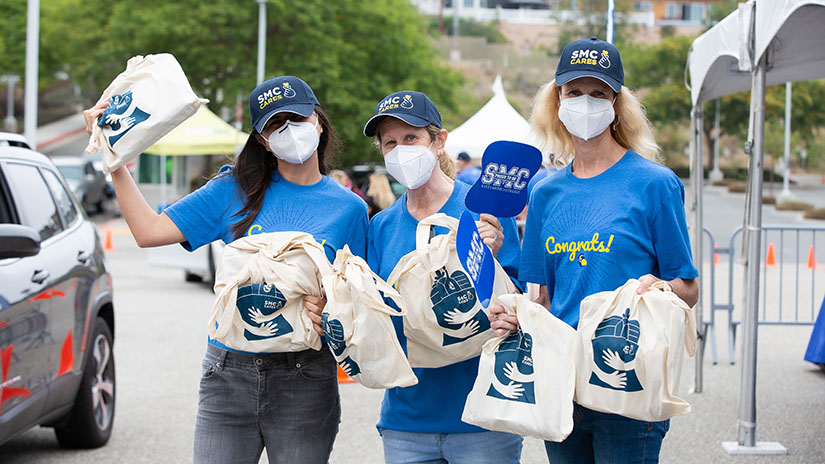 The Year in Review

In spite of a pandemic, the SMC community had so much to celebrate. SMC in Focus takes a look back at the last academic year: a landmark anniversary, a new campus, a first Diploma Drive-Thru, millions of financial aid given to students who needed it. Read Article