Everyone expected Chern Xun Gan to attend a top university in his native Malaysia, or in a neighboring country. But Chern Xun had other plans and his choice would take him to Stanford University. 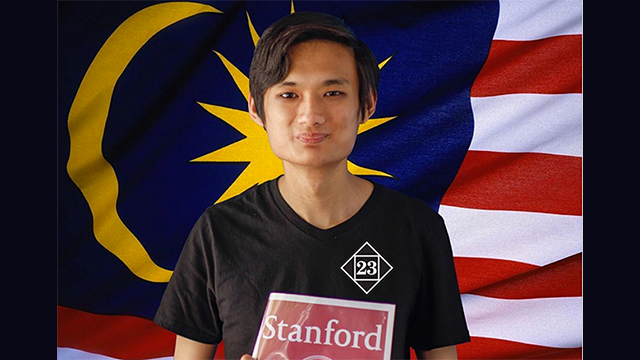 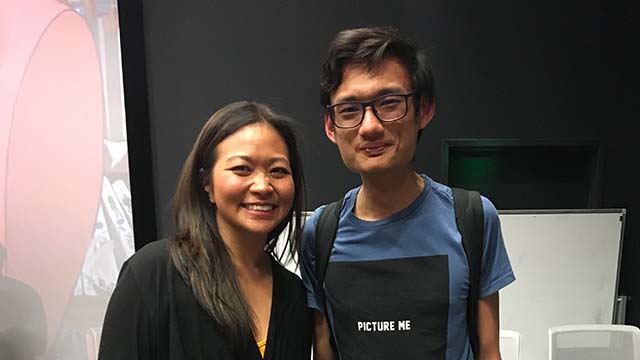 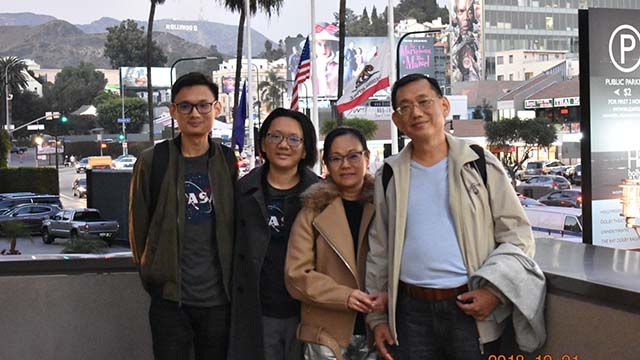 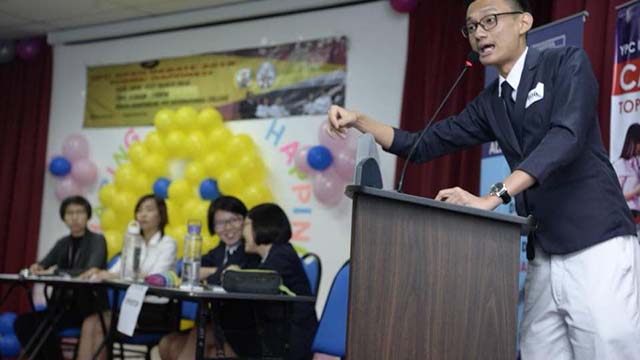 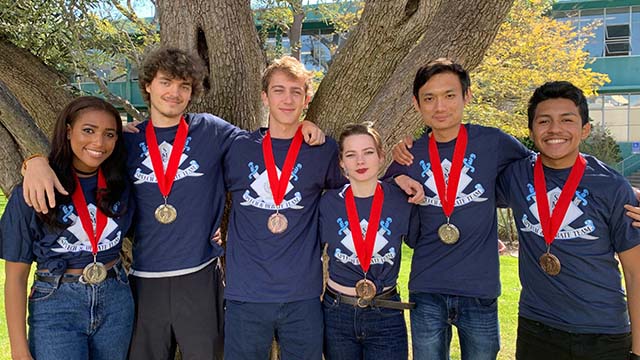 Everyone expected Chern Xun Gan to attend a top university in his native Malaysia, or perhaps in neighboring Singapore or Australia. So when he announced that he would travel half-way around the globe to attend a California community college, his parents, teachers and classmates scratched their heads.

As a straight-A student from a Kuala Lumpur high school known for its rigor in STEM, Chern Xun was supposed to major in physics. He surprised them again, enrolling at SMC with concentrations in political science, public policy and film.

“I’d taken lots of courses in the natural sciences,” the 19-year-old explains, smiling sweetly. “I wanted to study things I didn’t already know about.”

Once he discovered a uniquely American “thing called liberal arts education,” nothing else would do. Because of his interest in filmmaking, Hollywood-adjacent SMC drew him like a magnet.

Now, Chern Xun’s unconventional path is about to take another head-scratching turn. In the fall, he transfers to Stanford University—one of only a handful of Corsairs to ever do so.

As transfer schools go, Stanford is a near-impossible target. In 2019, it received more than 2,400 applications and admitted only 24 students—an acceptance rate of 1 percent.

“Shoot for the Stars”

Were it not for Mario Garcia, Chern Xun would never have even tried. He was aiming no higher than UCLA when his English 1 instructor counseled him to “shoot for the stars.”

“I haven’t suggested that to any other student,” Mario says. “But I was very confident Chern Xun would be successful. He was that good."

So Chern Xun, who holds a perfect 4.0 GPA and is in the Scholar’s Program, signed up for the SAT in his first semester at SMC. He filled out transfer applications to Stanford and four Ivy League schools, figuring he had nothing to lose. He could always apply to UCs the following year.

With the astonishing admission offer in hand, Chern Xun will now transfer as a sophomore and earn his bachelor’s degree from Stanford in 2023.

After his English 1 course ended, Chern Xun continued to show up during Mario’s office hours. They talked about everything from Malaysian politics to the writings of Michio Kaku and Steven Pinker.

“He’s like a sponge,” Mario says, of his former star student. “He wants to know everything.”

He’s also a great writer. To this day, Mario distributes Chern Xun’s student papers as his exemplars of essay excellence. “They’re simply the best I ever got and exactly what I want to demonstrate ‘classical argument structure,’” a rhetorical style modeled on the ancient Greeks.

Extravagant praise, given that English is not even Chern Xun’s first language. He is, however, an experienced high school debater who built up his vocabulary as a teen by binge-watching BBC news.

At SMC, Chern Xun got involved in the debate squad, contributing to three team trophies in 2019. Individually, he won second place in impromptu at the Pacific Southwest Cool-Off Tournament. Debate at SMC “was fun, but also a bit of a struggle,” he says. The Corsairs compete in a different format (IPDA) than he’s used to. He hopes to do better at Stanford, where the debate society competes in the Parli format (NPDA) he knows well.

“He can make big connections across time and space,” she says, “but he’ll also come to office hours to ask about a passing reference to an obscure 19th-century political group.”

Stephanie’s U.S. history course was a game-changer for Chern Xun. In Malaysia, he’d learned history by rote memorization. Seeing Stephanie apply the tools of critical thinking, inquiry, multiple perspectives, and evidence-based argumentation, he says, “completely changed my mind about how history could be taught.” Chern Xun now talks about reforming social studies pedagogy in his homeland—first as a high school teacher, later as a scholar, and eventually someday as a public servant.

“He’s got a lot of different possibilities ahead of him, but I think his dedication to transforming education in Malaysia is really impressive and important. I’m positive he’s more than capable of the task,” says Stephanie, who contributed to his Stanford admission by giving feedback on several drafts of Chern Xun’s personal statement.

Another big SMC influencer was sociology instructor Guido Del Piccolo. “He completely blew my mind,” Chern Xun says, “changing my thinking about how things work—for example, the concept of race being not rooted in biology at all.”

Christina Gabler’s comparative politics class was another eye-opener. That’s where Chern Xun encountered the ideas of Samuel Huntington and “waves of democracy.” That, in turn, led to an independent study project under Christina comparing populism in Malaysia and the United States—work he intends to continue and expand at Stanford.

Chern Xun’s interest in political science started with the 2016 American presidential election. Watching the state-by-state results roll in, he and a group of high school friends amused themselves trying to predict swing-state outcomes in real-time. “We knew little about statistical modeling and even less about U.S. politics at the time,” he recalls.

Chern Xun’s family is Chinese-Malaysian. A charming blend of Mandarin, Cantonese, English and Malay drifted through the home he shared with his dad, a retired real estate project manager, his homemaker mom, grandmother and younger sister.

Thousands of miles from Kuala Lumpur, Chern Xun delights in sharing his complex culture with American friends. A skilled cook and foodie, he lovingly serves up delicacies like nasi lemak, seafood laksa, and kangkung belacan at pot lucks. Malaysian cuisine figured prominently in three of his Stanford application essays.

On top of these academic and extracurricular passions, Chern Xun is an ardent believer in social action. From striking up impromptu conversations with homeless people he met on the pier to volunteering and later interning at the Santa Monic Chamber of Commerce, he plunged headlong into the civic life of his adopted community.

For extra income, he worked as a math tutor at SMC. On the side, for no pay, he coached international students on English essay-writing.

At the same time, he threw himself into student government and civic and state advocacy. As legislative affairs director with the Student Senate for the California Community Colleges (CCC), he tracked and analyzed legislation making its way through the state senate and assembly. He and student leaders across the system then would lobby for the best policies from the students’ standpoint. More locally, he directed SMC student advocacy as a commissioner in the Associated Students organization.

In March, as campuses were closing down for the pandemic, Chern Xun shifted into high-gear, communicating with state and CCC system leaders to stay abreast of fast-changing rules and update Corsairs on new developments. He contacted Senator Dianne Feinstein’s office for clarification about CARES Act benefits and federal work-study funding. When the new ICE policy restricting visa renewals to international students was announced, he got on the horn with SMC’s senior leadership to see what action they were taking. Luckily, he says, “my job was easy because the college was being so proactive in addressing all our concerns. Probably my words didn’t do anything. I'm just glad I was able to reassure students.”

As he settles into life in Palo Alto, Chern Xun expects to stay engaged in student advocacy. He also plans to finally take some courses in screenwriting. Filmmaking remains a strong interest, albeit one he couldn’t indulge this past year given his many other commitments. A cinematic highlight from his time at SMC: meeting Crazy Rich Asians screenwriter Adele Lim, a fellow Malaysian and “somewhat a hero to me,” he says.

Look for this versatile young man to continue to make waves and leave people scratching their heads in his wake. 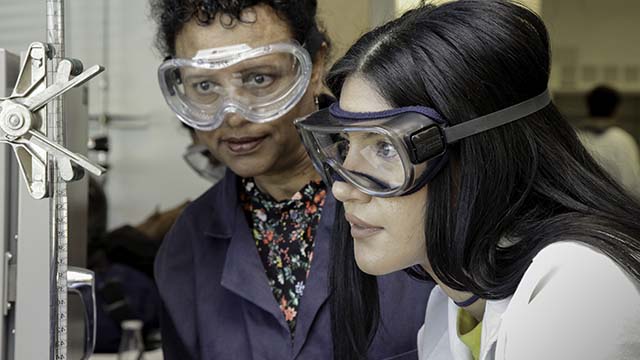 Four Chemistry professors came up with creative ways to teach their lab coursework in the post-COVID virtual classroom. Inspiration came from (un)likely places, and the experience has been unique.  Read Article 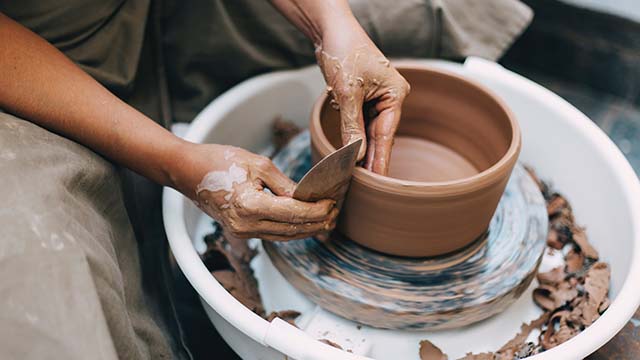 Meet four faculty-artists reaching for the clouds—both creatively and in their data usage—as they work to inspire, encourage and educate Corsairs under difficult social-distancing restrictions. Read Article

Everyone expected Chern Xun Gan to attend a top university in his native Malaysia, or in a neighboring country. But Chern Xun had other plans and his choice would take him to Stanford University. Read Article 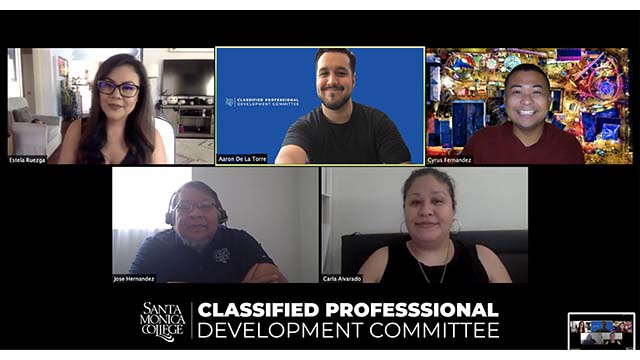 Five SMC “classified champions” talk about helping their colleagues stay current, what drew them to SMC, and how they are managing the “work-life” balance. Read Article 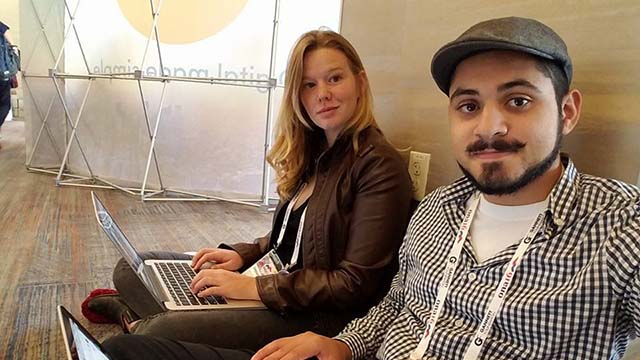 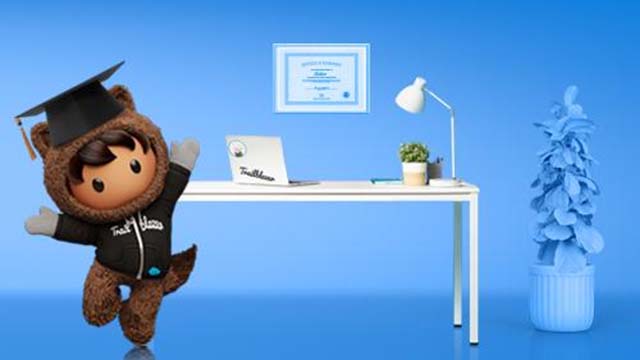