How Michael Became a Digital Storyteller 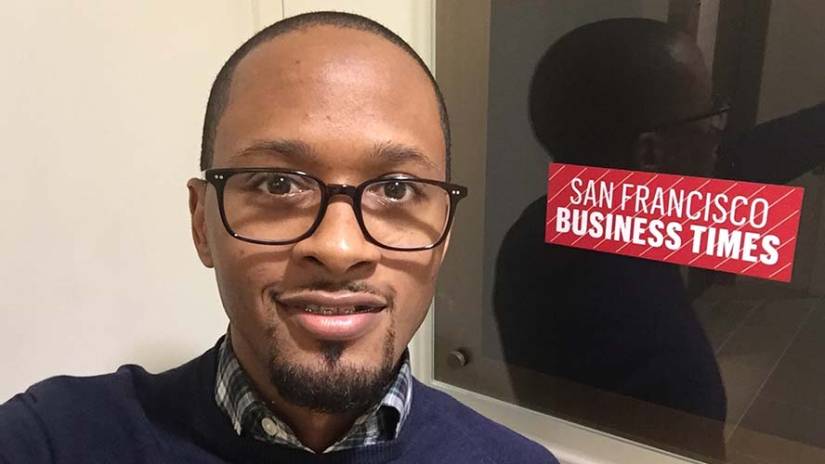 From an early age, Michael Grant knew he wanted a career in journalism. He chose Grambling State University, a historically Black college in Louisiana, where he studied print journalism and visual communication. He was selected for The New York Times Student Journalism Institute, and completed internships at several major newspapers, including the Baltimore Sun and the Atlanta Journal Constitution. Yet despite his hard work, impressive credentials, and experience, finding a job was a challenge as he found himself entering the job market just as layoffs and a major hiring freeze swept through the industry.

“They were all saying journalism is going to die,” recalls Michael, who decided to return to school and learn Web design. “It seemed like that’s where the industry was heading.” He left Grambling State just shy of graduation, enrolled at the Savannah College of Art and Design for one quarter, but found it too expensive. So he decided to move back to Los Angeles and stay with his parents while figuring out his next move.

“My research led me to Santa Monica College,” says Michael, who enrolled in every SMC course available in Web design, while brushing up on his skills in PhotoShop and Illustrator. “I really maxed out on the courses these instructors taught. I also took a fine arts course to beef up my approach to doing original visuals for editorial illustrations.”

He found SMC’s affordability appealing, but he was even more impressed by how supportive the faculty were of all students—regardless of experience level. Many students were fresh out of high school. In comparison, “I had a high level of experience,” says Michael, “and they were able to meet me where I was with my career interests. Because of that, I was able to get a lot out of the program.”

He adds that the equipment and resources available at SMC were better than at his four-year school. “Santa Monica College has incredible machines for doing 3D work, as well as audio and video. It has made an investment in being a place where you can use the latest technology and gain marketable skills,” he says. “I was able to capitalize on those resources.”

While studying at SMC, Michael continued freelancing and working on Web projects on the side. One day, he received a call from the San Francisco Chronicle, where he had previously applied, and was asked if he knew Web design. “I said I studied it at a community college,” he says. “And that’s how I became a Web developer.” After two years, he moved on to become senior digital designer at the Minneapolis Star Tribune. Then in February 2017, he garnered a management position as creative director at the San Francisco Business Times.

“My first order of business is to make this a more visually appealing print publication, and to look for digital opportunities to engage an audience beyond the traditional market,” he says. “It’s really exciting.”

Michael also continues his longtime interest in mentoring new members of the minority journalism community through such organizations as the National Association of Black Journalists, which helped him as a young journalist. “It’s a way to give back while keeping tabs on up-and-coming talent.”

To check out the 110+ degree and certificate options Santa Monica College offers in career-oriented programs—including web and graphic design courses like the ones Michael took—go to Career Ecuation Programs website.